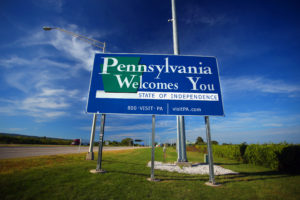 Public pension systems that are overallocated due to the denominator effect and market volatility are expected to produce a flood of fund stake sales. LP institutions with capital to deploy, like the $39.9 billion Pennsylvania system, are in good position to take advantage.

The committee approved a $100 million commitment to Ardian Secondary Fund IX and $50 million to the Ardian Sidecar Co-Investment Vehicle. The ninth fund has a $15 billion target.

A supply and demand imbalance in the secondaries market favors the buy side, Ardian founder and president Dominique Senequier told the committee.

“Many LPs are now looking to sell assets to free up private capital. It has created an unprecedented opportunity for secondaries, particularly in the areas where we are focused,” Senequier said.

Ardian’s focus is on purchasing portfolios of large buyout funds managed by blue-chip GPs, according to Vladimir Colas, co-head of Ardian US.

“There are more sellers of large private equity funds. Investors used to hold them to maturity. But more and more are changing strategies and moving away from certain GPs or are over-allocated and using secondaries to reallocate,” said Colas.

Ardian’s large size also plays to its advantage, according to Colas.

“Typically, for acquisitions over $1 billion, there is less competition and higher barriers of entry. That gets us above market discounts,” Colas said.

“We have spent a lot of time the last few years re-upping with high-quality managers while trying to drive better fees and terms across the portfolio. Ardian gives us greater exposure to secondaries, more diversification and allows us to opportunistically go after the market,” Elio said.

Pennsylvania has a long history of investing in Ardian funds. According to Senequier, the system was the first US pension to place a commitment with its debut fund in 2004.