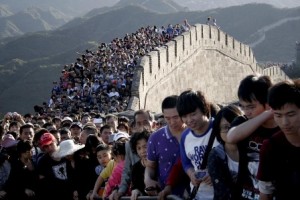 The Pennsylvania State Employees’ Retirement System continued its push for more exposure to international alternative funds with a $50 million commitment to Chinese private equity firm Primavera Capital Group, according to a press release.

Primavera Capital Fund II will invest in growth equity and control investments in China, according to the system.

In addition to traditional buyouts and growth equity, Primavera can also invest in restructuring, distressed and turnarounds, according to its website. The firm is led by Fred Hu, a former Goldman Sachs Group partner who chaired the firm’s efforts in China.

It is unclear how much Primavera plans to raise for Fund II. The firm, with offices in Hong Kong and Beijing, could not be reached for comment.

The retirement system returned 6.4 percent overall in 2014, according to the press release.

“The alternative investments portfolio led returns for the year,” said Chief Investment Officer Tom Brier in the release. “The last half of 2014 was difficult for any U.S. investor in foreign markets. That said, we are seeing positive results from the global equity portfolio during the first two months of 2015.”