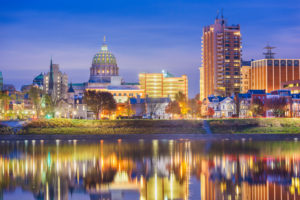 The departure is just one example of the kind of institutional talent and memory a public pension system loses when a long-time private markets investment official leaves. Private equity teams at public systems tend to be small and under-resourced, depending heavily on the experience and relationships of one or two people.

Private equity is especially vulnerable to high team turnover, as the asset class requires “institutional memory” because of its long fund life. Ideally, investment officials who build private equity portfolios stick around to see those investments mature over 10 years or more.

A spokeswoman confirmed that Felix’s last day was July 14. It’s not clear why Felix left or if he is taking another job. He did not reply to a comment request this week.

Felix worked at the system since 2013, eventually assuming the role of director of alternative investments. He also worked at Mercer Investment Consulting for more than a year, worked in private markets at Syracuse University endowment and spent eight years working on private equity for New York State Teachers Retirement System, according to his LinkedIn profile.

PA SERS earlier this year reduced its target to private equity to 12 percent from 14 percent, to make room for a new allocation to microcap public equities. As of the first quarter, the system’s private equity allocation stood at 12.3 percent, Buyouts previously reported. Private equity was valued at about $4.6 billion at the time.

The plan to develop a microcap allocation would result in “commitment discipline,” according to the system’s CIO Seth Kelly, who took over the role last year.