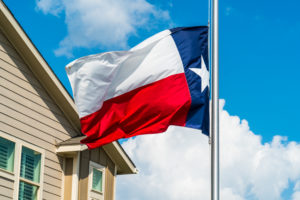 Sterling Group, which is raising its fifth flagship fund, ran up against the tough fundraising environment in Pennsylvania, where the state workers pension chose not to move forward with a recommended $50 million commitment to the pool.

Sterling Group, of Houston, is targeting $2 billion for Fund V, which would make it the firm’s biggest pool yet. Sterling Group closed Fund IV on $1.25 billion in 2015.

Pennsylvania State Employees’ Retirement System’s investment committee considered a recommended $50 million commitment to Fund V this week. The committee rejected the pledge after members raised a few concerns about the firm, including a perceived lack of diversity on the team and the firm’s overall loss ratio.

As well, investment committee members discussed the idea of firms raising funds now only to not activate them until next year. Sterling Group likely wouldn’t begin investing Fund V until toward the end of the year or early next year, Franny Jones, head of investor relations, said at the meeting, which was held via conference call.

The other manager presenting at the meeting, CVC Capital Partners, also faced questions about not activating its new mega-fund until the first half of next year. The pension approved a 50 million euro commitment to CVC Fund VIII, targeting 18 million euros.

Joe Torsella, Pennsylvania’s state treasurer, said at the meeting the pension should hold off making new commitments during the market volatility. Especially because the pension’s private equity exposure was ramped above its 14 percent target as the total value of the overall fund dropped with public market declines. This is known as the denominator effect.

“Looking at the numbers as they were presented to us today, and we can all make different judgements about those, the judgement those [numbers] lead me to is that we should not be making these commitments now,” Torsella said.

However, curtailing PE commitments now would drive the system off its investment pace, said James Nolan, the system’s acting chief investment officer. The system needed to stick to its schedule to maintain its private equity plan, Nolan said.

“If we don’t sign up for these opportunities when they’re open, these two opportunities will be closed in a couple weeks,” Nolan said. “We have to be diligent about staying true to our pacing schedule each and every year if we’re going to hit our target of 14 percent.”

For Sterling Group, Torsella highlighted what he called red flags, including what he said was the firm’s loss ratio of 14 percent, higher than the industry average of 10 percent.

During the call, the firm talked about one of its Pennsylvania-based investments, Saxco International, which distributes packaging products for alcohol. Sterling Group acquired Saxco in 2010 and sold the company to Atlas Holdings last year in what Sterling Group Partner Kent Wallace described as a “non-optimal outcome.”

Sterling acquired Saxco through its third fund, which is a strong performer. Fund III was generating a 28.7 percent net internal rate of return and a 2.6x multiple as of June 30, 2019, according to performance information from California Public Employees’ Retirement System.

“We are working very hard to expand the pool of candidates we look at and [working] harder to reach different candidate pools in our most recent recruiting process for post-MBA investment professionals,” Jones said, explaining that around 60 percent of the firm’s finalists were diverse and the candidate Sterling Group hired was diverse.

“It’s an area we agree we’d like to see continued improvement,” Jones said.