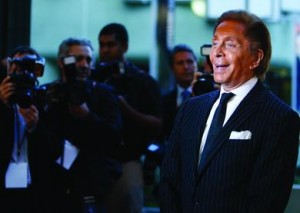 Permira is locked in talks with a group of lenders about easing the terms on the €2.5bn it borrowed to buy fashion house Valentino.

The buyout firm has apparently drawn up a revised plan for its Italian portfolio company after its performance started to slip in the past six months.

Initially, it hopes to announce in the coming weeks that it has secured a standstill agreement with the group of banks, led by Citigroup, UniCredit and Mediobanca. This will give Valentino breathing space ensuring it avoids any covenant breaches.

It will also provide it with extra time to try to negotiate relaxed terms on its bank debt. The private equity firm wants to gain approval to raise the ratio of net debt to earnings so that the company avoids breaching covenants as earnings suffer as a result of the recession.

Permira instigated the talks with banks after its earnings fell. In April, Rome-based Valentino said that operating income declined by 7% to €248.3m in 2008 without giving details on figures for the previous year.

Revised terms on its debt package are thought the more likely outcome for Valentino, rather than a debt-for-equity swap with banks or a deal that would see Permira inject more capital into the company.

Valentino’s primary asset is the 75% stake it owns in Hugo Boss of Germany, which accounted for three-quarters of sales in 2008. It is also behind couture fashion house Valentino Garavani, named after the founder of the company who quit just months after Permira’s takeover.

Permira acquired Valentino in a €5.3bn deal in May 2007. It has subsequently written down the value of its investment by more than 50%.

Investments in the consumer-related space account for 26% of Permira’s current portfolio by value, equal only to its exposure to healthcare, which also stands at 26%, according to Thomson Reuters data.

Although Permira has walked away from one consumer deal, that of Italian yacht builder Ferretti, its stake in that company was just 9.5% and its other investments in the consumer sector, UK retail chain New Look, frozen food manufacturer Birds Eye Iglo and the AA/Saga business continue to perform well.