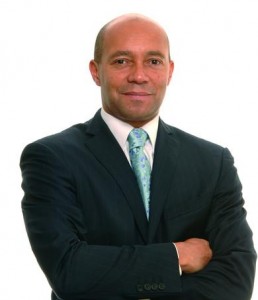 Of the private equity firms present at the two key Treasury Select Committee meetings last year, 3i, as a listed entity, discloses all of its activities on a quarterly basis, while Duke Street, a mid-market rival to 3i but operating at a much lower level, published its annual report at the end of March.

currently has no plans to publish a report, while will publish a report expected to be much larger than Permira’s in early May, including separate reports from the four companies in its UK portfolio.

said that companies in its portfolio fell below Walker stipulations for reporting and so it had no plans to publish an annual report. ’ plans are unknown, but a market source suggested that is in the process of putting together an annual report, as are rival large buyout groups and .

issued an 84-page document on its website at the beginning of the week, outlining its deal activity in 2007, current portfolio and internal structure, as well as an introduction by chairman, Damon Buffini.

Regarding the current turmoil in the debt markets, Buffini said that “in the short to medium term, the economic environment will be considerably more challenging that it has been in recent years”.

Despite this, Buffini’s outlook was upbeat, owing to a 20-year history encompassing “multiple economic cycles”. Making investments in downturns and recessions, as well as investing during periods of economic growth, he said, “has taught us that whatever the economic climate the fundamentals remain the same: value can be created by supporting businesses through periods of change”.

Buffini added that the firm would be pressing ahead with plans to expand its global remit, opening a new office in Hong Kong in the first half of this year and another on the west coast of the US before the end of 2008.

The latter will be Permira’s 12th office and will support its current technology portfolio as well as making new technology investments in the US. Permira’s fourth fund, which raised just over €11bn in mid-2006, included a carve-out option that allowed for up to 30% of the vehicle to invest in businesses outside Europe.

During 2007, Permira invested €3.4bn of equity capital, up from €2.8bn in 2006, much of it across four large investments: a €6.786bn purchase of German media group ProSiebenSat.1 alongside Kohlberg Kravis Roberts; a €5.343bn take-private of Italian fashion house Valentino and its subsidiary Hugo Boss; Dutch animal nutrition business Provimi for €1.721bn; and a 20% stake in Hong Kong-based casinos and hotels operator Galaxy Entertainment Group for €593m.

Permira funds realised a total of €3.5bn in 2007, up from €2.8bn in 2006, with a further €1.1bn expected from the sale of Intelsat and Aero Technologies, which is expected to close this month.

Permira said that the report was a reflection of its commitment to transparency following the Walker Committee’s report, which provided guidelines for voluntary disclosure. Permira also highlighted its attempts to engage with its fiercest critics, including politicians at last year’s Treasury Select Committee and unions such as the GMB, which carried out a high-profile campaign against Buffini himself over Permira’s ownership of motorway services group the AA.

The GMB was unaware of Permira’s annual report and, despite promising attempts at reconciliation in 2007, said that all communications with Permira had been severed following the merger of the AA and leisure and insurance group Saga late last year, now known as Acromas.

Individual portfolio companies such as Acromas, fashion retailer New Look and bingo operator Gala Coral Group qualify under the Walker Report’s qualifications for individual company enhanced reporting. However, according to a Permira source, a number of its other portfolio companies that fall below Walker’s guidelines, such as Bird’s Eye Iglo, would also meet both “letter and spirit” of the Walker Report and file reports at “not inconsiderable effort”.

Unions have criticised the voluntary aspect of the Walker recommendations, but a growing number of the industry’s largest and best-known groups have either published reports or are believed to be in the process of doing so.

set the blueprint for private equity disclosure at the end of March with a 120 page annual report. It said that the firm had spent about €325,000 and around 2,000 hours on making information on Terra Firma and its portfolio companies more readily accessible. Bridgepoint, which operates in the upper mid-market, also published a 16-page report earlier this year.