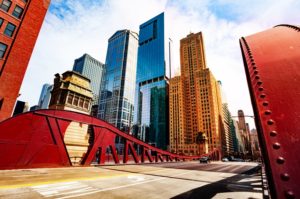 The target for Wind Point Partners X was published in a February report by Minnesota State Board of Investment. The pension system is investing $100 million.

Fund X comes only weeks after Wind Point announced securing a minority investment from Petershill. As support of GP commitments to new offerings is a primary focus of GP stakes investing, it is possible the deal is facilitating the flagship’s roll-out.

Wind Point did not respond to a request for comment on this story.

Fund X is the Chicago private equity firm’s second vehicle targeted above the $1 billion mark. The first, Fund IX, closed roughly a year ago at $1.5 billion.

Fund X will maintain the strategy pursued by Wind Point over its nearly four-decade history. It will make control investments in North American mid-market companies in the consumer products, industrial products and business services sectors, typically with an enterprise value of $100 million to $1 billion.

A key aspect of the strategy is locating establishments with solid fundamentals and growth prospects, but which need new or upgraded leadership. These may include family or entrepreneur-led companies with no succession arrangements or corporate divestitures without a seasoned executive in place. They could also be merely situations where the leadership is weak.

Working with a top-caliber CEO, Wind Point looks “to build a fundamentally better business,” the MSBI report said, and execute a value creation plan that drives organic and inorganic growth.

Wind Point was founded in 1984 as an investment firm backed by Wisconsin’s Johnson family, owners of SC Johnson. Founders Bob Cummings and Rich Kracum, who joined in the mid-to-late 1980s, helped transition the organization to an institutional PE manager.

Prior to the launch of Fund VIII, Wind Point undertook a succession that saw Cummings and Kracum step back from day-to-day operations. It is now principally owned by managing directors Nathan Brown, Paul Peterson and Alex Washington.

The firm has also been selling companies of late. Last year, for example, it sold RailWorks, a rail infrastructure solutions provider, to Bernhard Capital Partners; Aurora Plastics, a plastic fabrication company, to Nautic Partners; and Pestell Nutrition, a specialty ingredients distributor, to Barentz.