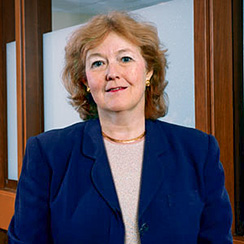 As private equity matures as an asset class, it’s rarer for a middle-market GP to double its fund size, compared to times prior to the global financial crisis. That may leave smaller fees for placement agents.

Instead of relying on big jumps in fund sizes to maintain fees, placement firms nowadays may get a larger upfront fee to help develop marketing materials, a fundraising strategy and offer a wider range of advisory services. Tiered placement fees are becoming more common rather than the traditional arrangement of 2 percent of any new money brought in.

Some GPs have moved fundraising functions in-house. While this may provide opportunities for individuals with related experience, it could reduce the client list for standalone placement firms.

But with plenty of new shops spinning out of established private equity firms and increased interest in alternatives from LPs overseas, such as Asian sovereign wealth funds, placement agents continue to find ways to grow their business.

“As the private markets area grows in size and complexity, the role of sales intermediary becomes more challenging and necessary,” said Alicia Cooney, managing director of Boston-based placement firm Monument Group. “There is plenty of business for all good competitors, established and new.”

Jennifer Rinehart worked at MVision for nearly 14 years and launched Acalyx with colleagues Lina Russo, Sally Gibb and Joe McDonald, according to a source and information on LinkedIn. The firm hasn’t put up a website yet. Following Rinehart’s departure, Jennifer Blackwell was named managing director at MVision’s New York office. Neither Rinehart nor Blackwell could be reached for comment.

At Park Hill, Blackstone Group said last fall the placement firm would be included in the spinoff of its advisory business under Paul Taubman, who made his mark as a banker at Morgan Stanley. Blackstone plans to continue to use Park Hill for fundraising, but the placement firm will have more leeway to win other clients as an independent firm.

“We can still do business, and perhaps even more business with Park Hill than we do today,” Blackstone CFO Laurence Tosi said on a conference call last fall. “The key for Park Hill unlocking their ability to grow is that if you look at their top list of clients you won’t see names that are traditionally considered competitors of Blackstone. And that is where the real opportunity is.”

The move by Moelis & Co to hire Dave Brown, Patrick Dunleavy, Christopher Kirsten and Zaid Abdul-Aleem from Greenhill & Co last year didn’t come as a surprise to those familiar with bank founder and CEO Ken Moelis. He previously worked at DLJ and UBS, two shops with strong placement practices. The placement business at Moelis now operates as the bank’s private funds advisory unit, which is handling fundraising for Angeles Equity, Valor Equity and Vistria Group, Buyouts has reported.

“As we move into 2015, I think you can expect to see us add headcount [in the placement business],” Moelis said on the firm’s quarterly conference call on Feb 5. He said the firm has launched four fundraisings, without disclosing names.

Peter Martenson, a partner at Eaton Partners, said his firm has expanded to about 65 people as one of the larger placement firms, partly by focusing on the middle market and new GP shops. The firm recently promoted three senior members of staff to partner, Steven Eaton, Ulises Flores and Chris Lerner, while elevating five others to managing director. The firm now employs about 65 people in six offices as one of the larger independent placement agents.

“People want to be owners,” Martenson said of the partner promotions. “Our idea is to reward people who have performed well.”

The moves come during a bountiful time for fundraising. All told, U.S. fundraising totaled $53.5 billion in the first quarter, up from $39.1 billion in Q1 2014, according to Buyouts’ research. Based on first-quarter fundraising patterns from the past few years, this year could break $300 billion and set a new record.

The placement industry is “a fairly attractive business when times are good,” said Kevin Albert, a partner at Pantheon and a veteran fundraiser from his days at Merrill Lynch in the 1980s. “For people who decided to be entrepreneurial and set up their own boutique, you didn’t need a lot of capital. And once you get your first deal closed, you’d have more than enough money to do that.”

Longtime private equity pros see the new crop of placement firms as a continuation of churn in a business that started roughly 30 years ago as a way for investment banks to leverage their connections with institutional and other investors and gain extra fee revenue.

“Spinouts and poaching are very usual in the placement business,” said Kelly DePonte, managing director at placement agency Probitas Partners. “It may have accelerated during the ‘great financial crisis’ as certain large organizations got out of the business, but it’s nothing new.”

Merrill Lynch raising money for Leonard Green & Partners in the mid-1980s marked an early example of placement practices gaining traction. The business grew from there with stand-alone placement firms getting formed and talent being wooed.

The 2014 Guide to Secondary Buyers & Placement Agents published by Buyouts and VCJ lists 41 placement firms. Moelis & Co and Acalyx Advisors will likely be newcomers to that list as demand for the placement services continues.

“If a GP is, say under $600 million, and they’re a good firm with a good track record, there will be a lot of interest from different LPs and they may not need a placement agent,” said Steve Hartt, principal at LP advisor Meketa Investment Group. “On the other hand, if they have to tell a story a placement agent can be helpful.”