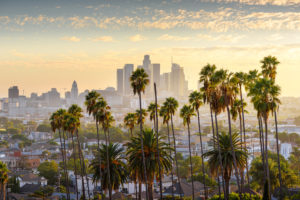 Platinum Equity may hold it a bit longer.

Platinum’s single-asset deal would be one of several in the market, with an expectation that more will be coming as the secondaries market heads for record activity levels this year. TPG also is working on a deal to move its talent agency business, Creative Artists Agency, out of an older fund and into a continuation pool.

Platinum is considering several exit options for United Site Services, including a single-asset secondary, but also a traditional M&A process or a take-public deal via an initial public offering or a SPAC, according to a person with knowledge of the firm. It’s possible the secondary doesn’t happen at all, the source said.

The secondary would allow Platinum to move United Site Services out of its fourth fund and into a new vehicle that would provide an extended term. Continuation funds also generally come with new fees and potential for carried interest.

The total value of the deal could be upwards of $1.6 billion, with the possibility that a portion of capital would come from Platinum’s most recent flagship Fund V, sources said.

Cross-fund investing is part of a growing trend in secondaries, where GPs put in fresh capital from new funds into portfolio companies they intend to hold longer. Secondaries buyers like seeing GPs putting new money into the deals, though LPs have long had concerns about cross-fund investing.

Fund IV LPs would have the option to cash out of their stake in the company, or reinvest into the continuation pool. It’s not clear if the deal would include a status quo option for LPs who would like to roll their interests into the continuation fund on substantially the same terms as Fund IV. Many recent single-asset deals have not included a status quo option, a trend that has concerned some LPs.

Platinum invested in United Site Services in 2017. The company, based in Westborough, Massachusetts, provides portable restrooms, temporary fencing and related site services. It works with customers throughout the US and is led by CEO Ron Carapezzi.

Secondary volume in the first half was estimated at around $50 billion, according to Campbell Lutyen’s half-year volume report. GP-led deals, like what Platinum is considering, accounted for around 55 percent of total volume, the report said.