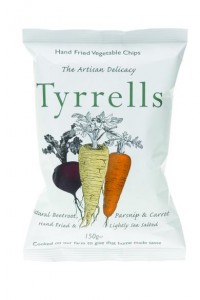 • , a UK mid-market private equity firm, has acquired , a branded toiletries business, for £20m. Senior debt and banking facilities for the transaction were provided by . Bedford-based Pacific Direct manufactures and supplies branded toiletries and accessories to the luxury hotel and cruise line market. Its hotel customers include The Lanesborough, Sandy Lane, Waldorf Astoria and global groups such as InterContinental Hotels & Resorts, Rocco Forte and Sofitel. The business also has manufacturing facilities in the Czech Republic and China, and has forecast turnover for 2008 of £24m. Primary Capital’s other investments include Yo Sushi, Coffee Nation and Thompson & Morgan.

• Langholm Capital, the consumer sector mid-market private equity fund, has completed the acquisition of in an MBO backing Les Sayers as CEO and partnering with Will Chase, the owner and founder of Tyrrells. Chase, who has retained a significant stake in the business, has been farming potatoes in Herefordshire for the past 20 years and started making premium chips in 2002, using his own potatoes.

The business has grown rapidly, with sales of more than £13m in the year to March 2008. Its products are distributed across the UK and abroad in farm stores, delis, and other upmarket outlets. The business will continue to be run by Les Sayers, who was previously managing director of M&J Seafood, a division of Brake Brothers.

• Octopus has announced the £16m management buyout of and its sister company . Based in Wolverhampton, the group is one of the UK’s leading manufacturers and distributors of high integrity fasteners for the oil and gas and power generation markets.

is supporting the management team with £4.5m from its private equity and intermediate capital funds to buy out the founder and majority shareholder. Hydrobolt manufactures quality and safety-critical products for use in hostile environments, where extremes of temperature and pressure are encountered.

• (MPEP), the small buyout specialist, has recapitalised construction business using £5m of the company’s surplus cash and a £12m debt package from . Together with an earlier refinancing in 2005, the deal has delivered a 5x cash multiple and locked in a minimum 81% IRR for MPEP.

has also invested £2m to finance the MBO of , the UK’s cosmetic surface repair services business to the UK construction and housing industry. MPEP provided an integrated debt and equity package and is taking an initial 30% stake in the business.

Based in Bovey Tracey near Exeter, Plastic Surgeon has developed a niche providing the construction and house building industries with a cost-reduction service that is also environmentally friendly.