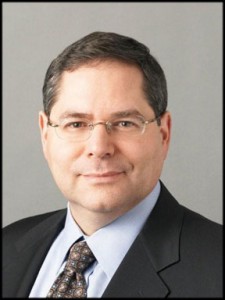 Carbone, managing partner at Chicago-based Pritzker Group Private Capital, said at the PartnerConnect Midwest 2014 conference that family offices have been growing their footprint in private equity as an asset class.

About a third of the estimated $1.7 trillion held by family offices has been allocated to private equity and more is likely to come, he said.

Family offices “like the asset class” but have run up against limited access to the best funds and other issues. But Carbone said co-investing in  deals by private equity firms may not be the best alternative.

Citing a study by advisory firm Altius Associates released in March, Carbone said co-investments may contain a substantial risk of poor returns, even with a reasonably sized portfolio. While co-investments do avoid the conventional “2 and 20” fee structures of private equity funds, investors face “adverse selection” because they do not necessarily get access to the best deals. Their investment portfolios also become concentrated in too few investments, he said.

Family offices are hiring more investment pros to handle direct investments in companies, with 37 percent of them retaining three or more professionals in 2013, up from 22 percent that did so in 2010, he said.

Carbone also said family offices offer companies access to permanent capital and long-term value creation, because they are not constrained by the typical hold period of three to five years in a private equity fund.

Carbone said the Pritzker Group values its portfolio companies on a quarterly basis, with the option for employees to cash out upon their exit from the firm.

Elsewhere at the conference, co-investing drew positive comments as a trend in private equity investing.

Timothy Greene, vice president at Hartford Investment Management, said the firm’s co-investment program began in 2004 with its mezzanine debt portfolio and then later branched out to invest with general partners in mid-market firms.

“Co-investing is more capital-efficient than funds,” he said. “We have to be convinced it’s a good deal before we sign up for it.”

Bill Indelicato, managing director at Portfolio Advisors, said a way to avoid adverse selection in co-investing is to “have a wide funnel” for deals. He said Portfolio Advisors works with about 300 managers to sift through its options.

Chris Bruneau, executive director of 57 Stars, said his firm allocates about 10 percent of its portfolio for co-investments.

Speaking on a panel called “Making Co-Investments Work,” the executives said co-investing requires more due diligence and research from LPs and that they must be prepared to act quickly on a deal if it is offered to them.

The discussions took place at the Ritz-Carlton at the PartnerConnect conference, which drew several hundred investment pros to Chicago on June 24 and 25.