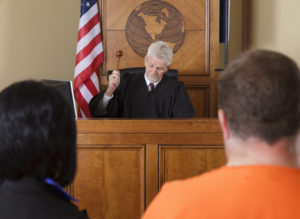 Mounir Gad, a former vice president in leveraged finance at Silicon Valley Bank, will plead guilty to allegedly tipping off an accomplice with confidential, non-public information about three pending private equity acquisitions, according to the US Department of Justice.

The case is an example of insider trading involving private equity deals, which is rare and usually involves professionals outside of the firms themselves with access to confidential information.

The alleged accomplice, Nathan Guido, traded on the confidential information, and then allegedly shared profits with Gad, according to the DOJ.

Gad, 34, pleaded not guilty, but informed the court Wednesday he would change his plea to guilty, DOJ said. A change of plea hearing is set for Aug. 4. Guido, 37, also pleaded not guilty while acknowledging his prosecution would be deferred if he complied with an agreement with the government, the details of which were not disclosed.

The SEC, in a civil case, reached settlements with both men on the charges, according to a filing from the agency.

Julia Thompson, spokeswoman for SVB, declined to comment on the situation other than to say, “we take corporate governance and compliance seriously and do not tolerate violations of our policies.”

The alleged scheme involved three private equity acquisitions, according to the SEC’s filing. (None of the firms are accused of wrongdoing). The three were Francisco Partners’ acquisition of Procera Networks in 2015; Thoma Bravo’s buy of healthcare IT security company Imprivata in 2016; and Vector Capital’s acquisition of ad-tech firm Sizmek Inc. in 2016.

Due to his work in leveraged finance, Gad had access to confidential information about the transactions. In the three cases, he allegedly tipped off his friend Guido that acquisitions were pending, and instructed Guido to buy stock in the target companies, according to the SEC.

Insider trading was an area of concern in private equity highlighted by the SEC in a risk alert published last summer. The SEC’s focus (different from this case) was on ensuring firms have adequate policies governing management of material, non-public information, especially when handled by employees interacting with insiders of public companies, consultants and corporate execs with information about investments, according to the risk alert.

Spokespeople for Vector Capital and Francisco Partners declined to comment. A spokesperson for Thoma Bravo did not respond to a comment request.