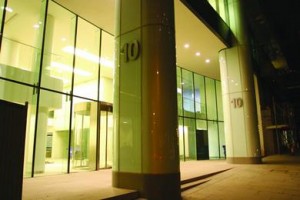 SJ Berwin again demonstrated its leading position as advisers to the upper mid market – completing a number of complex and innovative transactions such as the purchase of MFI Retail by Merchant Equity Partners, the sale of pan European business BUS AB by Star Capital, the acquisition of Homag Group AG, the LBO of Gartmore investment Management, the sale of Barclays Private equity’s majority interest in the Fives-Lille group, the buyout of ALL3MEDIA by Permira and acted for AXA Investment Managers, a member of the consortium led by Abertis in the acquisition by the consortium of Sanef.

In 2006, SJ Berwin was also particularly active in secondaries – both in establishing funds to acquire secondary private equity interests and doing deals themselves. The secondary market needs the combined talents of both buy-outs and fund lawyers making the SJ Berwin team particularly successful. There are not many firms that can claim to have both leading funds and deals practices, the combination of experience in these practice areas is unique to SJ Berwin and gives it a niche advisory position in the secondaries market. Last year SJ Berwin worked for many leading secondary players in Europe, including Access Capital Partners, AXA Private Equity, Coller Capital, Greenpark Capital, Natexis Private Equity Opportunities, Nova Capital, Vision Capital and West LB, advising on legal, tax and regulatory issues that arise in the structuring, fundraising and transactional process.

Over the course of 2006, SJ Berwin continued to focus on its pan-European expansion strategy, increasing its private equity capabilities across its European offices and extablishing new offices in Milan and Turin. This approach has been successful for SJ Berwin so far, as its corporate practice grew by 26% in 2006 and turnover increased by 37% in the last financial year.

In May 2006, the firm appointed 13 partners internally – its largest crop since 2001 – and seven of those are private equity, finance or M&A specialists.

One question that EVCJ asked the law firms nominated for our awards to address was: How does your firm contribute to or improve the private equity industry as a whole? SJ Berwin has lobbied (both on its own behalf, an on behalf of the BVCA) for reform of limited partnership law, and it has won notable success in this area. The UK Government announced that it would reform limited partnership law to take into account many of the issues raised by the firm. SJ Berwin also worked with the BVCA to ensure that the UK’s new Companies Act met the needs o f the private equity industry, and the firm has achieved a major victory in securing changes to procedures at Companies House to facilitate same day registration of limited partnerships and better search facilities. Josyane Gold, a partner at SJ Berwin, was invited by the European Commission to sit on a high profile expert group that reported on private equity in 2006. That led to a white paper on private equity which could pave the way for a private placement regime allowing private equity funds to be marketed more effectively across Europe.

Last year was a fruitful and influential year for SJ Berwin. EVCJ wishes them every success in 2007 and congratulations on being the EVCJ PE law firm of the year 2006.