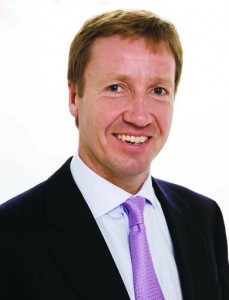 EAT, a provider of trips for schools build up by four bolt-on acquisitions, was acquired in a secondary buyout by , the private equity arm of Credit Suisse. Online travel giant bought .

“There was also trade interest in EAT, but the sale process was primarily targeted at private equity buyers,” said Charles Ind of Bowmark Capital. “The company still has significant growth potential, as well as an excellent management team keen to continue the buy-and-build strategy, so it was always a great candidate for a secondary buyout.”

The sale process for EAT did not run as smoothly as Bowmark would have hoped, however. European Capital was given exclusivity on a deal worth a reported £120m in May but days later the team working on the deal parted company with parent company American Capital and the deal fell through.

Despite the stalled sale process, the deal represented a very successful investment for Bowmark.

“People are still buying quality businesses,” said Ind. “EAT takes school children on activity and adventure trips, educational tours and ski breaks. This segment of the travel industry is not cyclical, as it involves parents spending on their children’s development, often as part of the school curriculum, so it is less dependent on consumer spending.”

Bowmark completed the platform acquisition in 2004 and invested a total of £18m in the deal.

Where Bowmark geared EAT towards a secondary buyout, Advent concentrated on transforming fellow niche travel business Venere.com into the sort of company in which a strategic buyer would be interested.

The double-digit growth exhibited by Rome-based Venere.com helped Advent to realise strong returns from the exit.

“Advent’s role was to professionalise and internationalise this family-run business to make it attractive to buyers like Expedia,” explained John Singer who led the deal for Advent, which invested in the company in 2006.

“We could have held on to the business for longer but around four to five months ago we started getting a number of approaches from strategic buyers, both online and offline-players, and decided to sell,” he added.

Advent helped to grow the accommodation website into a leading European online reservation agency with relationships with 29,000 hotels, up from 14,300 in 2006. Part of that growth was achieved through the acquisition of Worldby.com earlier this year, which added 2.5m users to Venere. The company was also expanding into the US market at the time of the sale.