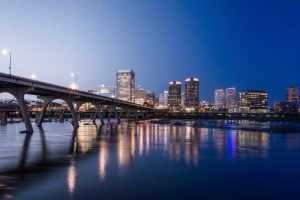 Providence Equity is exploring a process to move its portfolio company HSE24 out of its sixth fund and into a newly formed vehicle that would give the firm more time to manage the company, four sources told Buyouts.

Such secondary processes that focus on only one company are on the rise as buyers with large funds are willing to take greater risk on concentrated portfolios of one, or perhaps several companies.

The deal would allow Fund VI limited partners to cash out of their exposure to the company, or roll their interests into the continuation vehicle, sources said.

Providence acquired HSE24 (Home Shopping Europe), a German home shopping television network, in 2012. Providence bought the channel from Ardian, which at the time was called AXA Private Equity. AXA PE bought HSE24 in 2009 for around 180 million euros from Arcandor Group, Reuters reported at the time. HSE24 was launched in 1995.

Providence has explored various options for HSE24 in the past few years. The firm explored a sale of the company in 2018, but was then said to be preparing the company for an initial public offering in 2019 after the sales process didn’t work out, the Wall Street Journal reported at the time.

It’s not clear why, but the company did not make a public debut last year.

Providence closed its mega-Fund VI on $12.1 billion in 2007. Fund VI was generating a 4.6 percent net internal rate of return and a 1.2x multiple as of June 30, 2019, according to performance information from California Public Employees’ Retirement System.

Providence in 2018 ran a large secondary process called a tender offer on its seventh fund, allowing LPs to cash out of their interests in the fund at a pre-set price. The firm closed Fund VII on $5 billion in 2013. Canada Pension Plan Investment Board led the deal, that also included buyers HarvourVest Partners and StepStone Group.