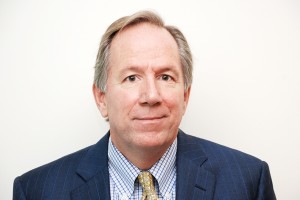 Public Sector Pension Investment Board’s new credit chief, David Scudellari, plans to hire more than 25 experienced credit pros in New York, London and Montreal to deploy roughly $4 billion over the next three years as a partner to invest in loans.

“We’re built for speed and effectiveness,” Scudellari said in a phone interview. “We are going to be a good partner to the firms that want us to provide capital. We want to make sure the people I hire will be leveraged finance pros who know how to document a process, understand the rules of engagement, perform due diligence and be very selective in the types of businesses we’re going to support.”

As head of PSP’s new U.S.-based affiliate, PSP Investments Holding USA LLC, Scudellari plans to hire up to 12 more people in New York City by the end of March, with an eye on third-year analysts, two or three people on the junior vice president level and some support staff.

“I need people who have done a bunch of deals already on the junior level versus taking someone right out of college,” Scudellari said.

PSP also plans to hire people in Montreal and another 10 or so in London, after the March build-up in New York.

“I’m not building a [loan origination] team,” he said. “I’m here to partner with various origination platforms, credit platforms, or a syndicate desk on Wall Street. We’re a unique animal. We’ve got a mandate to deploy $3.7 billion [converted from C$5 billion] in the next three years. That’ll grow as the pension fund grows.”

PSP has drawn a positive response as a prospective partner in meetings with other credit platforms, Scudellari said. He did not mention any specific names of groups involved in talks with PSP.

“Having somebody with a long-term view and who isn’t afraid to be in an illiquid position is typically welcome,” Scudellari said. “We can sometimes help a credit platform avoid syndication. We’re not competing with anybody. Nobody wants to own 100 percent of a loan. We’re just another good solution for our clients.”

Business services and software remain key sectors for credit deals for PSP. “They’re both large and in need of capital, offering long histories of performance even in a downturn with recurring revenue or free cash flow,” Scudellari said.

PSP was on track to close its first loan by November 30. It has already committed to two loans and a third by Thanksgiving, he said.

Scudellari has held leadership roles at Goldman Sachs and Barclays Capital, where he was global head of finance and risk for Canada in the New York office of Barclays.

Scudellari is joined by Ziv Ehrenfeld, senior director, principal debt and credit investments. Prior to PSP, Ehrenfeld was a member of the leveraged finance group at Barclays focusing on natural resources.

Launching a credit business has been a priority of PSP President and CEO André Bourbonnais, who joined PSP on March 30 from Canada Pension Plan Investment Board, where he worked as senior managing director and global head of private investments.

“The leveraged finance landscape is currently in transition,” Bourbonnais said November 3 in a prepared statement. “With traditional capital providers having lost significant market share in the last few years, there is an attractive opportunity for a long-term investor such as PSP Investments to enter this trillion-dollar plus asset class through its U.S. affiliate.”