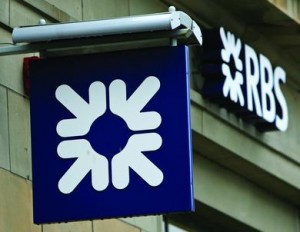 Royal Bank of Scotland has stepped up its plans to offload some of its private equity exposure following last week’s announcement of the group’s pre-tax loss of £691m, which came on the back of write-downs totalling a massive £5.9bn.

RBS has agreed to sell close to US$8bn of leveraged loans arising from private equity-backed acquisitions to US private equity houses including Apollo Management and GSO Capital Partners, a hedge fund with US$10bn of assets under management acquired by Blackstone Group in January this year.

Sources have dismissed speculation that TPG Capital is part of the transaction, which is part of a process that has been under way throughout most of 2008 and involves loans related to global deals, mostly large North American LBOs, where much of the debt overhang is concentrated.

According to reports, Apollo Management and GSO Capital Partners have also acquired US$5bn of debt from RBS, Credit Suisse and Deutsche Bank relating to the revised and legally enforced US$17.9bn acquisition of US media group Clear Channel by Bain Capital and Thomas H. Lee earlier this year.

In total, Apollo Management, GSO Capital and TPG Capital have reportedly bought between US$25bn and US$30bn of leveraged buyout loans since April this year.

RBS is not the only bank trying to clear its balance sheet of leveraged loans relating to deals announced in 2007. Earlier this year, Deutsche Bank initiated the sale of up to US$20bn of leveraged loans – including £650m of senior debt relating to the £11.1bn buyout of Alliance Boots by Kohlberg Kravis Roberts, understood to be at 92% of face value.

Citi was also reported to be keen to sell up to US$12bn of loans, although this was not expected to include debt relating to Terra Firma’s £4bn take-private of EMI, owing to uncertainties regarding the intentions of Guy Hands’ buyout firm to restructuring the troubled music group.

In a recent conference call, Blackstone president Tony James highlighted the appeal of buying debt on the part of private equity firms, which have traditionally had to call on investment banks to supplement equity financing in buyout deals but have had to adapt to the shutdown of the credit markets since last summer. Buyers of the loans could make returns of up to 30%, said James, following markdowns on sale prices.

In addition to the loan sale, RBS has also sold its interest in a number of assets managed by AAC Capital Partners, which was spun out of Dutch bank ABN AMRO last September. RBS, Belgian-Dutch bank group Fortis and Santander of Spain have followed up on their desire at the time of the €71bn acquisition of ABN AMRO last year to divest non-core activities, such as private equity assets.

It is understood that a consortium comprising Goldman Sachs, Dutch investor AlpInvest and the Canadian Pension Plan approached AAC Capital Partners, which focuses on North European investments, regarding the purchase of 21 assets – not seven as has been widely reported – with a fair market value of about €700m, involving investments in companies in the UK, Scandinavia and the Netherlands, as well as cash remaining to be drawn down, from a previous fund.

The assets will continue to be managed by AAC Capital Partners, which has offices in London, Amsterdam and Stockholm, and has now also acquired a small residual stake in the management company from RBS, Fortis and Santander.

In addition, the new investors have agreed to put money into AAC Capital’s current investment programme, which is expected to have at least €1bn of capital – half of which will come from ABN AMRO – to invest. A target cap for the fund has not yet been set, but it has already ploughed about €300m into 11 investments.