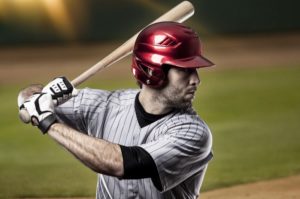 RedBird Capital Partners, a high-profile dealmaker in the professional sports world, raised $2.6 billion in the final close of its latest flagship fund.

RedBird, founded by Gerry Cardinale, a veteran of Goldman Sachs’ PE business, closed the fund on the heels of record investing. It was “really aggressive” during the pandemic, Klein said, “leaning into the dislocation” faced by companies in sports industry verticals, as well as technology, media and telecom, financial services and consumer verticals.

RedBird also this year acquired a 15 percent stake in Indian cricket franchise Rajasthan Royals, valuing it at up to $300 million, Reuters reported. The year before, it partnered with Dany Garcia and Dwayne “The Rock” Johnson to buy the assets of American football league XFL for about $15 million.

The flurry of covid-era investing was the work of RedBird Series 2019. In all, the fund deployed $2.5 billion, including co-investments, to 16 platform deals, bringing it very near to full investment.

RedBird will likely return to market with a fresh offering sometime next year, Klein said. The fund, he added, is expected to target roughly the same amount raised by its predecessor: $2.6 billion.

RedBird has carved out a differentiated vein in the PE market, the “sweet spot” of which is sports, Klein said. This owes in part to Cardinale’s 20-year career at Goldman Sachs, where he played a role in investments like the New York Yankees’ YES Network, a regional sports network that now resides in RedBird’s portfolio.

The key to RedBird’s ability to source and execute on opportunities in the “closed ecosystem” of sports is relationships, Klein said. The firm maintains close ties with an array of sports-focused entrepreneurs and families, some of them forged by Cardinale and partner Alec Scheiner, a one-time member of the Dallas Cowboys’ front office.

Relationships drove the investment in FSG, Klein noted, with the links being principal owner John Henry, chairman Tom Werner and president Mike Gordon. They were also a catalyst in the $575 million IPO that in 2020 launched RedBall Acquisition Corp, a blank-check company. Here the connection was baseball executive Billy Beane.

“We are not a vanity investor in sports,” Klein said. “We have a long history of seeing things in sports that others don’t.”

RedBird operates as a growth equity investor, structuring deals flexibly “to solve a problem,” Klein said. Unlike other sports PE investors, which often focus on providing credit and liquidity solutions, the firm is “a business builder – an active, hands-on investor even if we hold an economic minority.”

This approach is also applied to investing in TMT, financial services and consumer verticals. RedBird typically deploys $100 million to $200 million-plus to founder- and entrepreneur-owned companies in deals that use little or no leverage. Generally speaking, Klein said, the goal is to achieve a better than 2x multiple on investments held over four to six years.

Along with adding to the portfolio, RedBird has been shedding assets of late. In July, it sold Constellation Affiliated Partners, an insurance distribution platform backed in 2019, to Truist Insurance Holdings. The exit generated a 2.1x gross multiple and 64 percent gross IRR, Klein said.

On combined realized investments, RedBird was as of last month earning a 2.3x gross multiple and 34 percent gross IRR.

RedBird, which has seven North American offices, including in Dallas, today oversees managed assets of $5 billion. Managing partner Cardinale heads a team of 50, including eight partners, among them Andy Gordon, another Goldman Sachs alumnus hired in February to open the firm’s Los Angeles location.

RedBird is committed to diversity and inclusion, Klein said, pointing to the fact that more than 40 percent of employees are diverse. This is also reflected in investing, he said. RedBird, for example, is an investor in emerging manager Grafine Partners, founded by former Riverstone Holdings partner Elizabeth Weymouth.

Klein joined the firm in 2017 after working for a decade at JP Morgan, most recently as global head of the alternative investments group. Before JP Morgan, he was a director with North Street Partners.