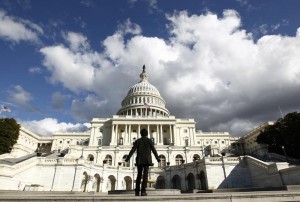 Their focus on the Overseas Private Investment Corp (OPIC) is the latest phase of a new strategy by conservatives in Congress to pick off agencies one at a time in their quest to shrink government and promote free markets.

Like Ex-Im, whose charter expired on June 30 after Republicans blocked its renewal, the most vulnerable agencies and programs are those that die unless reauthorized and that can be labeled by conservatives as offering handouts to politically well connected corporate interests.

OPIC was created in 1969 during the administration of Richard Nixon as a “soft power” tool to extend U.S. influence in the developing world by funneling private sector money to core infrastructure projects.

Similarly to Ex-Im, it borrows from the U.S. Treasury at low rates and offers loans and loan guarantees for foreign projects. It also insures investors against political risks in unstable regions such as Africa and the Middle East and makes direct investments in private equity funds in these areas.

Even though it operates on a smaller scale and avoids wealthy countries, OPIC has drawn similar complaints as Ex-Im – that it provides “corporate welfare” and is a “slush fund.”

And unless Congress acts, its authority will run out by Sept. 30. The timing for OPIC’s renewal coincides with a much larger fight over federal funding that could lead to another government shutdown as the new fiscal year starts on Oct. 1.

“Where do we go next now? My guess is it’s OPIC,” said Mick Mulvaney, a conservative Republican from South Carolina who had opposed efforts to renew Ex-Im’s charter.

OPIC may be the first of many new targets for conservatives who tasted at least temporary success in blocking Ex-Im’s renewal. Sugar subsidies, which they say keep prices artificially high, are high on many of their lists, as is federal support for ethanol fuel production.

The Small Business Administration, whose mission is to support small Main Street firms, is a target for some conservatives. The agency’s main loan guarantee program is expected to run out of funds before Sept. 30 due to strong demand and some Democrats are seeking more.

“We should be looking at special-interest help and certainly OPIC isn’t outside of that,” said Republican Representative Dana Rohrabacher, an Ex-Im Bank opponent. “It’s a subsidy to major corporations.”

OPIC made just under $3 billion in new financing, insurance and investment commitments last year, compared to $20.5 billion for Ex-Im.

Ex-Im helps companies sell U.S.-produced goods and services largely worldwide. It drew the ire of conservatives because of its government backstop benefits to a handful of prosperous industrial giants, including Boeing Co, General Electric Co and Caterpillar Inc..

Among OPIC approvals this year are a $250 million direct loan for 2,500 cellular towers to be built across Myanmar by a consortium led by U.S.-based investment firms Texas Pacific Group and Tillman Global Holdings.

Representative Eliot Engel, the top Democrat on the House Foreign Affairs Committee, which has jurisdiction over OPIC, is bracing for an onslaught against the agency.

“Of course I’m concerned,” Engel said. “OPIC and Ex-Im have always been Republican priorities, and now they’ve done a flip. It’s the private sector supporting U.S. foreign policy with its own funds, which is everything that conservatives should want.”

Republican Ed Royce, who chairs the panel and is a past critic of OPIC, declined to comment on the agency’s future.

Before attacking OPIC, conservative Republicans say they need to complete their victory over Ex-Im. Democrats and moderate Republicans aim to attach legislation to revive the trade bank to a transportation funding bill this month, after many export companies warned of job losses due to the bank’s demise.

All but one of the declared and expected Republican presidential candidates have said they favor closing Ex-Im, an 81-year-old institution that Congress once routinely reauthorized by voice vote.

Outside conservative groups that helped elevate the Ex-Im issue to national prominence, including Club for Growth and Heritage Action, are already positioning OPIC as a target and drawing parallels to the trade bank.

“The similarities between OPIC and Ex-Im are chilling. Two government agencies that focus on artificially propping up U.S. companies,” said Veronique de Rugy, a senior research fellow at George Mason University’s Mercatus research center who frequently testifies before Congress against Ex-Im and other business subsidy programs.

Building a coalition against OPIC could be more difficult than against Ex-Im, however, because of its smaller size and focus on needy countries.

“It’s a cousin to the Ex-Im Bank, but the people who benefit from OPIC typically do not have the same kind of balance sheets that would benefit from Ex-Im,” said Representative Mark Meadows, a founding member of the conservative Freedom Caucus, who said he would vote to renew OPIC.