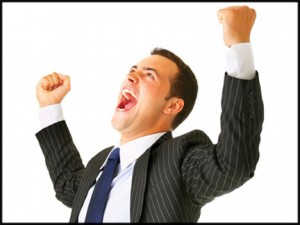 Judged by IRR, the performance of the 2008 vintage of domestic buyout and turnaround funds marks a return to normalcy for the industry, following three successive weak vintages. In doing so, the vintage should help restore the faith of any investors concerned that sponsors can’t consistently beat public equity returns.

The bottom-quartile, median and top-quartile IRRs for vintage 2008 funds in our sample weigh in at 6.8 percent, 10.6 percent and 19.0 percent. For comparison, our entire sample of domestic buyout and turnaround funds, spanning vintage years 1981 to 2008, generated similar bottom-quartile, median and top-quartile IRRs of 4.6 percent, 10.6 percent and 18.4 percent.

At the same time, the 2008 vintage isn’t likely to be celebrated for its high investment multiples—a critical measure for investors, since it directly reflects how many dollars they get back for every dollar put in. The bottom-quartile, median and top-quartile investment multiples for vintage 2008 funds are, respectively, 1.1x, 1.2x and 1.5x; those results are noticeably lower than the comparable 1.2x, 1.4x and 1.8x posted by our entire set of domestic buyout and turnaround funds. The depressed investment multiples suggest that many sponsors with the good fortune to invest in the immediate aftermath of the financial crisis headed for the exits once purchase multiples made their sharp rebound.

Investors may have one other gripe—a slow rate of capital deployment by some vintage 2008 funds. A reasonably random selection of 45 2008-vintage, domestic buyout funds in our database had a collective 23.4 percent of their capital left to deploy as of year-end. Two of the 45 had yet to reach the 50 percent deployment mark.

As a consequence, some sponsors face the ends of their investment period without having fully deployed their funds. Limited partners recently approved a request by Fort Worth, Texas-based TPG Capital to take another 12 months to deploy the estimated $3 billion still unused in its $19.8 billion, vintage-2008 fund, according to sister news service Reuters; with the reprieve the firm now has until February 2015 to do so. Similarly, London-based Bridgepoint, its investment period slated to end in November, asked investors this summer for another 12 months to invest its 2008-vintage fund of 4.8 billion euros ($6.35 billion).

“Private equity in general didn’t put a lot of money to work (after the financial crisis) because there weren’t a lot of deals,” said Orlando Bravo, managing partner of Chicago and San Francisco-based software specialist Thoma Bravo. Bravo said his firm bucked the trend, deploying its $823 million, 2008-vintage fund in such short order that it subsequently raised a $1.25 billion, 2011 vintage fund. It did so by creating its own deals—in some cases aggressively wooing boards with take-private opportunities , said Bravo.

As part of its annual look at industry performance, Buyouts this year evaluated the performance of 693 domestic buyout, growth equity and turnaround funds spanning vintage years 1981 through 2008. As in past years the editors discarded funds younger than five years old to avoid judging sponsors whose funds are still in their j-curve periods, in which early management fee draw-downs create an outsized drag on performance. The data, most of it current through year-end, comes from more than two dozen institutional investors that make their returns public; some of our largest sources came from West Coast pension funds California Public Employees’ Retirement System, California State Teachers’ Retirement System and Washington State Investment Board. (See footnotes at the end of the tables for a more detailed explanation of our methodology.)

So, what did it take to reach that most sought-after of descriptors—a top-quartile fund of 2008?

According to managers of such funds, including Thoma Bravo’s Bravo, it involved more than the usual amount of price discipline, a hands-on approach to operational improvements, and a willingness to part with winners after relatively short holding periods. As a statistical matter, reaching the top-quartile for 2008 vintage domestic buyout, turnaround and growth equity funds in the Buyouts database required an IRR of 18.7 percent.

Castle Harlan, the New York firm that makes a specialty of mid-market deals of $100 million to $1 billion, reached our top quartile—sweet vindication for a firm that fell $700 million short of its $1.5 billion target for Fund V, ending up with an $800 million pool. For backer Oregon Public Employees Retirement Fund, the fund had generated as of year-end an investment multiple of 1.4x and IRR of 21.9 percent. Critical to that performance, said CEO and Chairman John K. Castle, was staying patient and not overpaying for properties. “There was an awful lot of money raised from the 2006 to 2007 period,” said Castle. “Those funds had a huge overhang. If an investment was really shiny and really in good shape those people were prepared to pay extremely high prices for things.”

Indeed, falling short of its target may have been a blessing in disguise for Castle Harlan. It reduced pressure on the firm to deploy money. As of year-end the firm, with a portfolio of five platform companies, had still only drawn down just more than half the capital in the fund. Castle pointed to Shelf Drilling Holding Ltd as a company the firm secured at a particularly good price. In a deal that closed this January, the firm and co-investors paid $1.05 billion (borrowing $745 million, including preferred shares held by the seller) for 38 drilling rigs designed to operate in water that is less than 400 feet deep; Castle estimates the purchase multiple at a modest 4x trailing EBITDA. The investment is “doing extremely well so far,” Castle said.

Like Castle Harlan, JLL Partners, a New York firm that searches for growth companies beset by temporary problems, or facing inflection points, prides itself on not having overpaid for properties with its $830 million Fund VI. Managing Director Frank J. Rodriguez said that over its past three funds the firm has paid a fairly consistent average purchase price multiple of 7x EBITDA, while also going relatively light on leverage. “We’re patient,” said Rodriguez. “We wait for our spots.” All told the fund, which is about 62 percent deployed or committed, had generated an IRR of 19.3 percent for the Colorado Public Employees’ Retirement Association as of year-end, and has improved since, a source close to the fund said.

JLL Partners got its 2008 vintage fund off to a strong start in part by making a series of opportunistic investments in distressed debt. The relatively short-term investments, made with the explicit permission of LPs, generated a gross IRR of some 88 percent, according to a source familiar with the deal. (Rodriguez himself declined to comment on the performance of individual deals, citing restrictions on general solicitation by the Securities and Exchange Commission.)

JLL Partners followed that investment with what would turn into an exceptionally lucrative take-private, purchasing the outstanding shares of clinical services provider PharmaNet for $100 million in early 2009. Installing one of its own operating partners as CFO of the business, the firm helped the company achieve annual cost saving of some $20 million, according to Rodriguez. The firm ended up making 5.9x its money when it sold the business to inVentiv Health in 2011, just over two years after its take-private, according to a source familiar with the deal.

Of the three top-quartile firms we spoke to for this article, Thoma Bravo assembled the largest portfolio, buying and building 13 companies over about three years. It has fully exited two of those and mostly exited a third. As of year-end the fund had generated a 35.5 percent IRR for backer State Board of Administration of Florida, and a source familiar with the performance of the fund said the firm has generated over a 2x investment multiple for backers, including unrealized deals.

Managing Partner Bravo pointed to SonicWall, a provider of IT security products that the firm took private for $717 million in July 2010, as a particularly strong deal in the fund. Under Thoma Bravo’s ownership the company more than doubled earnings thanks to a close working relationship with management, according to Bravo. Less than two years later Thoma Bravo sold the company for a reported $1.2 billion to computer-maker Dell, generating an estimated 4x multiple on the $280 million in equity it and co-investor Ontario Teachers’ Pension Plan put into the deal, according to a source familiar with the results.

Along with creating its own deal flow, Bravo said it was important to have a healthy portfolio of companies going into the financial crisis to truly take advantage of it on the other side. A number of rivals, Bravo said, got bogged down in dealing with covenant breaches and other time-consuming matters in their portfolios.

“We were very lucky that, on the technology side, which is all we do now, we didn’t have a single default in fund seven or eight.”