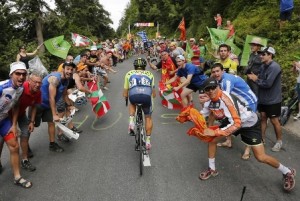 It’s not clear if $900 million is the target or the hard cap of Ridgemont Equity Partners II. The firm expects a first close this month, the person said.

Fund II will target equity investments of $25 million to $100 million in industries and services, energy, healthcare, and telecommunications, media and technology.

Ridgemont is the former Banc of America Capital Investors. The firm spun out of Bank of America in 2010 with backing from AlpInvest Partners, Goldman Sachs, Landmark Partners and StepStone Group.

The firm raised $735 million for its first fund after the spin-out, according to a statement from the firm at the time. Fund I generated a 34.80 percent IRR and and a 1.47x multiple as of Dec. 31, according to alternative assets data provider Bison.

Ridgemont got help raising Fund I from TPG Capital’s placement agency, TPG Capital BD LLC. It’s not clear if TPG is helping out with Fund II.

Ridgemont is led by a group of partners, including Rob Edwards, Travis Hain, George Morgan, Walker Poole, Trey Sheridan and John Shimp, all of whom sit on the firm’s management committee.