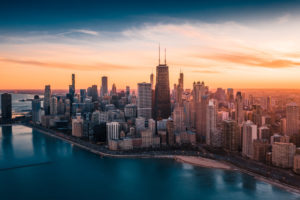 Riverspan Partners, formed by executives from Golden Gate and BDT Capital, is getting ready to launch its debut fund into an increasingly stingy fundraising market that is favoring established relationships over newcomers, sources told Buyouts.

While fundraising has remained strong this year despite signs of distress in the wider economy, emerging managers are having a harder time attracting capital. LPs, especially in uncertain times, tend to stick with their known relationships and larger, more established GPs.

Still, many LPs are still looking to form new relationships and seek the outperformance that new firms generally produce. Several first-time funds have been battling to raise capital in the tough fundraising market this year.

Chicago-based Riverspan will likely target about $650 million, a source with knowledge of the firm told Buyouts. The firm is expected to launch the debut fund later this year, possibly in the third quarter, the source said.

The firm partners with established management teams on control-oriented investments in mid-market companies in industrials, healthcare and technology services, according to a description on LinkedIn. Riverspan’s website is sparse and it has not yet filed a Form ADV as a registered investment adviser (a requirement for firms with $150 million or more in assets under management).