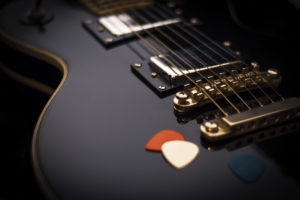 Round Hill Equity Partners is expanding its investment strategy with its fourth flagship vehicle. Rather than sticking to its tried-and-true approach of investing exclusively in music copyrights of classic songs or catalogs of established recording artists, the firm is folding in another focus – newer artists and songwriters.

It’s a striking departure from the firm’s previous investment strategies. But it’s one that founder Josh Gruss feels confident in pursuing, even if the fund is at a higher risk threshold than Round Hill’s previous three royalty funds. Round Hill closed its most recent fund on $291 million, its largest pool to date.

A key reason for Gruss’s bullishness is the “over 50 percent IRR” that Round Hill Music Royalty Fund III garnered when 5 percent of the fund was earmarked for new artists and songwriters.

Fund IV’s investment composition is a hybrid: 80 percent will focus on catalog assets while 20 percent will be allocated to newer artists and songwriters.

“We just want to offer something different to the market,” said Gruss. “Maybe there were investors who didn’t invest with us in the past because they wanted a higher risk profile. Now maybe we can bring in limited partners who are searching for that higher return.”

Fund IV has yet to be filed with the SEC. However, according to Gruss, the fund will target $500 million with a hard cap of $650 million.

When asked why Fund IV has set a much higher target and hard cap than its previous funds, Gruss cited the robust performance of Round Hill’s predecessor funds.

“During the time between Fund III and this new fundraise for Fund IV, we raised a top-up fund, Fund III Plus, which raised $75.6 million,” he explained, noting that this sum, combined with Fund III’s $291 million, totaled $365 million. “Also, we had an IPO in London of our Fund I, which showed a proper exit as well as gave us a lot of publicity helping us attract more capital.”

He continued: “With Fund IV, we now have the track record of multiple funds to bring in consultants and large institutions who only invest in more proven GPs.” The firm also will consider a secondary transaction on its second fund, which is valued at $350.2 million.

Timelines are still undetermined considering the process has yet to kick off, though a first close could be targeted for December, Gruss said.

Since January 2011, Round Hill has deployed more than $650 million across 78 music catalogs “and has been responsible for over $1.4 billion of music copyright transactions across 128 catalog deals,” according to its website.

Included in its portfolio of more than 120,000 songs that span multiple genres, are iconic tunes by legendary artists such as the Beatles, Louis Armstrong and James Brown to more contemporary performers like Bruno Mars and Katy Perry.