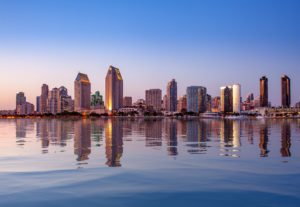 San Diego County Employees’ Retirement Association is approaching its private equity allocation in a different way than many other public LPs. Just when many are maintaining or even hiking their allocations, SDCERA is cutting back.

“Given where valuations are in private equity and real assets and given the reality that we have had single-digit returns from inception from our private assets, it’s prudent to be much more careful and patient and focus on those and just put the money in public market equities,” said chief investment officer Stephen Sexauer at the pension’s June 18 meeting. “We are recommending more public market equities and lower private market equities.”

The pension raised its public equities target by five percentage points, from 45 percent to 50 percent. According to the statement, staff sees “the overall allocation” between public and private assets as among the “asset allocation decisions that have the largest impact on portfolio risk and return.”

At the June meeting, Sexauer said the pension had not been investing in private assets lately, and had learned from its experience with assets supposedly less correlated to the markets.

Sexauer took over as SDCERA’s CIO in 2015, after it split with an outsourced CIO called Salient Partners, according to Institutional Investor. When he took over, Sexauer said he immediately cut down the hedge funds allocation, but waited longer to see how private equity played out.

“The hedge funds with high fees we knew didn’t work so we changed those at the beginning [of my tenure], but the evidence was a zero correlation in assets did work,” he said. “That was really tested in the last 18 months [to] 24 months and the evidence was they just don’t work.”

“We have gone from these complicated higher fee assets more towards a 70/30 fund, and we focused on alignment with managers that are very close to the index,” he said.

SDCERA has signaled discontent with private equity returns for quite some time. Last year, Buyouts reported the fund was already trying to cut down on private equity fees and had also slowed its commitment pace. Its allocation then was 6.6 percent, below the previous 8 percent target.

As of March 31, SDCERA’s private equity allocation was at the new target, 6 percent. Its holdings were valued at just over $721 million. SDCERA’s total fund value was $11.9 billion.

Neither SDCERA nor Sexauer responded to requests for comment. According to a video of the June 18 meeting, the pension’s board approved the new allocation and investment policy statement, which took effect July 1.