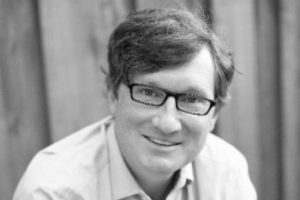 The $3.7 billion San Jose Police and Fire Pension Plan, hoping to leverage its access to data about new and promising companies in its backyard, is exploring a new venture-capital strategy that would make very-early-stage investments in Silicon Valley startups.

The system has brought on Stanford Professor Ashby Monk to help it design a program that focuses on startups in San Jose, to fulfill a recently approved 4 percent strategic allocation to VC.

The venture allocation is separate from San Jose’s 8 percent target allocation to private equity, which is consolidated in a strategic partnership with Neuberger Berman.

Venture capital is a challenge for many pension funds, since it doesn’t easily scale up into the large allocations that big pension plans generally make to PE, Monk said at the retirement system’s Sept. 6 meeting.

But San Jose has a few advantages, including proximity to startups, good relationships with the city and research universities, and a relatively small size that enables it to make meaningful allocations without committing huge amounts of capital, he said.

“I think you may have an advantage here in this city in terms of the data you have about the companies emerging.”

Monk and the city’s investment staff, led by CIO Prabhu Palani, are in the early stages of designing a VC program, and plan to submit a proposal to the board later.

Monk said he will likely recommend a focus on early-stage venture funding. To get in early, the system would leverage relationships with the city’s business-development office, nearby research universities and startup incubators.

“You could create early-stage investment programs that get to them sometimes before the VCs do,” Monk said.

“Look, the highest performing asset class in the venture space is actually angel investing. It’s just impossible to institutionalize — unless you can create a rules-based program based on the data that’s coming out of the city, a university, an accelerator, an endowment.”

Such a program would have more risks, but it would offer potentially high returns, without having to pay high fees to top-tier venture funds, Monk said.

“You can literally only do that in a city or a university where you can institutionalize this type of program, which I would say is early venture, rather than traditional venture,” Monk said.

Palani said that the pension system has already had productive discussions with Kim Walesh, San Jose’s deputy city manager and economic development director, and that she seemed eager to share data on local startups with the pension system.

To balance out the high-risk, high-reward approach of angel investing, the proposal will also focus on less risky late-stage investing, Monk said.

“You can begin to build what I would describe as a barbell, early-stage, seed-stage investing, followed by avoiding Series A type deals where the top VCs are investing, and maybe doing some later-stage deals as well,” Monk said.

Some board members expressed caution, saying they wanted to see the full proposal before committing to early-stage venture investing.

One board member said angel investing would carry political risks because of its unpredictability, and another said the barbell approach would be a necessary balance for the high risk of angel investing.

Board member Ghia Griarte also said venture often isn’t worth high fees for pension funds, and that there is a wide dispersion in investment results for investors that aren’t able to get into the top tier of venture funds.

“It’s not easy to implement venture capital in a way that will result in alpha,” Griarte said. “If we do not carefully choose the managers, it could be detracting from our returns.”

Monk acknowledged that challenge and said he hoped to help San Jose find a way to access venture returns without investing in a traditional VC investment product.

“I don’t think we’re going into it with any preconceived notions that it’s going to be easy,” Monk said. “A lot of the pension plans that I know are moving away from venture capital in large part because they don’t think it scales.”