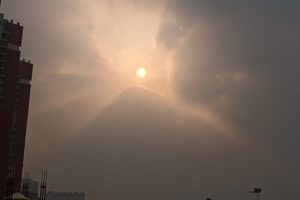 There is a growing consensus among private equity firms, limited partners and others that second-quarter performance marks will turn out better than what was anticipated back in the dark days of early spring.

Blackstone this week reported second-quarter performance marks that represented a significant recovery from the downturn in Q1. The firm’s private equity portfolio experienced a 12.8 percent rebound in the second quarter, a major turnaround from the first quarter, when the portfolio sank 21.6 percent.

The expectation is that other publicly-listed private equity firms will also report varying levels of recovery in the second quarter.

But even before the public reporting, the market was sensing stronger performance as the country began reopening after the stringent lockdowns of March and April.

A Duff & Phelps poll from June found that almost a quarter of respondents expected second-quarter fund net asset values to be up 1 to 5 percent. Another 22 percent anticipated NAVs would be down 6 to 10 percent in Q2, Buyouts previously reported.

“There is a feeling that because a lot of states were able to reopen and get back to some form of new normal, that the damage to portfolios may be less than what was feared,” Hugh MacArthur, head of Bain & Co’s private equity practice, said in an interview in late June.

GPs moved quickly to shore up portfolios in the downturn that really took shape in March. They drew down credit lines to give businesses flexibility to operate as revenues dried up in the lockdown. At a macro level, governments around the world flooded economies with stimulus capital for businesses and individuals to bridge the downturn.

Private equity also is dependent on the performance of underlying portfolio companies and traditional measurements like profits and loss. PE fund performance will depend a lot on how underlying companies perform and their sector exposure, sources told Buyouts. Portfolios heavily exposed to battered industries like hospitality, travel and retail will likely be in bad shape.

On the other hand, some tech-related investments involving remote working, for example, may be thriving in the lockdown.

“If you’re tech-focused, this has turned out to be an unexpected tailwind and the greatest pain you may be feeling is you’re trying to deploy capital into a market where valuations are about the same as they were a year ago, but earnings are lower,” a consultant who works with private equity firms said.

Fund marks also depend on how aggressive or conservative individual GPs decide to get with performance. GPs want to reflect the economic outlook that will impact their portfolios, so with recovering markets, GPs may ease up on marking down their investments.

“People have been willing to view that late-March through April period as a one-time shutting off of the spigot of economic activity that’s been turned back on, and that feels like a temporary versus permanent valuation decline,” the LP said. “So GPs aren’t going to be as aggressive in marking a lot of businesses down in Q2.”

“Our assumption is Q2 marks will be down another 10 percent, so in aggregate (with Q1), we’re at maybe 15 percent declines plus or minus 5 percent peak to trough,” said a fund-of-funds LP. “That’s better than some people were fearing a few months ago.”

Q2 private equity fund marks are expected in August and September, at which point the expectation is buyers and sellers will be more willing to transact, as they will have a better view of valuation. The belief is this will impact M&A and secondaries deals, both of which have slowed through the downturn.