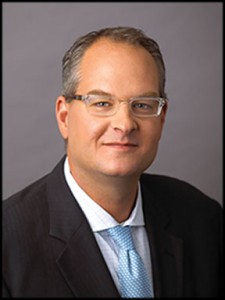 The separate-accounts advisors have amassed tens of billions in assets under management, thanks to ample participation from big and mid-sized institutional investors.

All told, data provider Preqin tallied up $75 billion in separate account assets managed by the top ten private equity advisors in the business in a global survey released in March. On the large side, Hamilton Lane leads the pack with $19 billion in separate account AUM, followed by $14.5 billion for Pathway Capital Management and $9.3 billion for BlackRock Private Equity Partners (see accompanying chart).

FLAG Capital, Adveq, and HarbourVest rank among the firms with separate account practices gaining traction. Sizes of separate account range from $25 million on the small side up to $1 billion.

Overall, the business line has helped take up the slack from an overall drop in fundraising by fund-of-funds managers, as institutional investors seek to pare back exposure over lackluster returns and a perception that fees are too high. All told, 72 fund-of-fund managers raised $12 billion in 2013, down from 87 funds that raised $16 billion in 2012, according to Preqin. The industry has already seen a fair amount of consolidation, such as Carlyle Group’s recent purchase of AlpInvest.

StepStone, a specialist in separate accounts that launched in 2007, has more than $10 billion in discretionary assets under management, through both separate accounts and co-mingled funds of funds; that is up from about $1 billion in discretionary assets just five years ago. The firm also provides non-discretionary advice. StepStone clients include Arizona Public Safety Personnel Retirement, HESTA Super Fund, Kuwait Investment Authority, New York State Teachers’ Retirement System, State of Wisconsin Investment Board and United Nations Joint Staff Pension Fund, Buyouts reported earlier this year.

“Separate accounts are another way (for limited partners) to manage fees,” said Mike Elio, partner at StepStone. They can also ”more easily deploy their dollars where they want them, instead of making a commitment and watching the GP do what they do.”

Not a new business

“LPs come seeking very different investment objectives—different risk appetite or duration or views on currency or J-curve sensitivity,” Koenig said.  “In some cases, we look to target an individual sector or region, such as small-to-middle buyout or Europe; in other examples, clients ask us to invest across the private markets landscape—private equity, private credit, private real estate, and private natural resources.”

John Toomey, managing director at HarbourVest, said separate accounts measure about 10 percent of the firm’s total $35 billion of assets under management, double the percentage from five years ago.

In one piece of new business, HarbourVest closed on a real-assets secondaries separate account for a client that had an opportunity to buy a portfolio of assets, but didn’t have the in-house expertise to assess and maintain them. “We created a custom solution to evaluate, transact and manage the deal with them,” Toomey said.  In another example, an Asian client of HarbourVest’s set up a separate account to invest $500 million in developed markets, across primary, secondary, and direct co-invest strategies, Toomey said.

Lee Gardella, managing director of Adveq, said his firm’s separate account business has benefited from limited partner efforts to pare down the number of managers they use to save fees. The business has grown to a “meaningful” portion of Adveq’s total AUM of $5.5 billion, up from a “nominal” portion two or three years ago, as a result of client demand.

“Clearly we’ve been a strong benefactor of that movement, where our clients have said we like what you’ve done with co-mingled funds (so) can you help us with customized portfolios?” Gardella said.

To be sure, plenty of challenges remain for advisory firms. One thorny issue could be deciding which clients—separate accounts or co-mingled fund-of-funds—get access to an oversubscribed fund or a hot direct investing deal, said John Haggerty, managing principal and director of private markets investments at Meketa Investment Group, an advisory firm.

Also, not all separate account efforts have panned out in the buyout world. Giant separate accounts ranging from $500 million to $3 billion set up with The Blackstone Group and Kohlberg Kravis Roberts & Co by major LPs such as Texas Teachers Retirement System in 2011 and 2012 were expected to be the next big thing in private equity. But few have followed since then for a variety of reasons. (See Buyouts, March 11, 2013, for a more in-depth discussion.)

Despite these hurdles and setbacks, advisers remain upbeat about the prospects for separate accounts.

Nearly two-thirds of funds-of-funds managers said separate accounts would be as or more important to their investment activity in the next 12 months than co-mingled funds, according to a recent survey by Preqin.

In a sign of healthy times ahead, HarbourVest’s Toomey said the firm may increase staffing by 15 percent in 2014 for operations, infrastructure, and client service in custom solutions and other products. He said accelerated portfolio construction and other separate account services remain in vogue.

”We’re finding new and existing LPs are approaching us and asking us to address their strategy in a way that’s even more specific,” Toomey said.