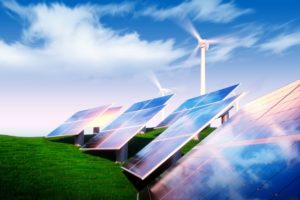 SER Capital Partners, founded by a former Energy Capital Partners executive, is in the market with a debut offering to invest in sustainable industrial, environmental and renewable businesses.

The Belmont, California, private equity firm set a $450 million target and $600 million hard cap for SER Capital Partners I, sources told Buyouts. Buyouts in 2019 reported SER was expected to target $750 million, though the timing of the fund launch was then not clear.

SER this month filed a Form D fundraising document saying it collected initial Fund I commitments of about $24 million from two limited partners. The firm also raised $102 million split between fund commitments and capital for deals, another source said.

LPs are seizing on the energy transition – the shift from fossil fuel-based systems of energy production and consumption to renewable sources. Influenced by the adoption of ESG criteria and pledges to move toward carbon-neutral portfolios, many are adjusting their allocation policies.

It is possible SER will benefit from this trend, as LPs increasingly look for specialist PE sponsors with funds earmarked for renewable power opportunities. In a space with relatively few pure-play investors, the emerging manager could be especially well positioned because of its experienced partnership team.

SER was established in 2018 by CEO and managing partner Rahul Advani, who was with Energy Capital for 13 years, according to the firm’s website. While at Energy Capital, he focused on renewable and environmental investments, among them residential solar provider Sunnova Energy, and led fundraising.

Prior to joining Energy Capital, Advani was director of finance with Orion Power Holdings, at the time backed by Goldman Sachs.

Working with Advani at SER is partner Sara Graziano, who before becoming senior vice president, corporate development and strategy, with Vistra Corp, was an Energy Capital principal. In addition, partner and CFO Christopher Smith was formerly a senior vice president with Sunnova, playing a major role in the company’s 2019 initial public offering.

Fund I will target private equity-like returns of 2.25x to 2.5x gross multiples, one source said.

SER was last year active as a deal-by-deal investor. In June, it acquired Microgrid Networks, an advanced distributed power business that is installing battery storage and solar in high-demand urban regions, such as New York.

The two deals were capitalized by one or more LP-backed pools, according to statements issued in August and October. The placement agent was Metric Point Capital.

SER did not respond to a request for comment on this story.

Chris Witkowsky contributed to this report.