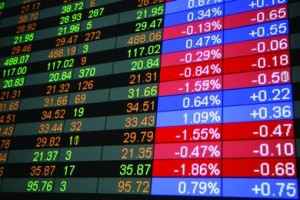 With the buzz surrounding private equity houses going public, investors are concerned over where a listed management team’s priority lies: with them or with its shareholders. Shawn Wischmeier the CIO of the US$16bn says: “Shareholders will want listed houses to raise the largest funds possible because that will maximize the company’s management fees and thus its profits and share price.” While in the diametrically opposed position LPs want GPs to close their funds at a level that will allow them to maximize the profits of the funds rather than the management house. And to sweeten the deal LPs pay carried interest over a hurdle rate to align the fund manager’s interests to their own.

Pension funds have often been considered ‘dumb money’ that operates with a herd mentality and to a certain extent that may be true. But of late pension managers have become more sophisticated. Wischmeier adds: “Don’t come into my office and treat us like were stupid and don’t know anything about private equity. We may have a small staff but we are investment professionals and should be treated as such.” As PE firms continue to be accused of asset stripping and creating unemployment, they become odd bedfellows with public pension funds and the politicians that run them. Denise Nappier, the Treasurer of the State of Connecticut, one of the only LPs to ever sue a GP for its investment decisions (Forstmann Little, 2002) is the poster child for the new uneasiness of the GP/LP relationship.

Institutional investors will no doubt question the motivation of founders and senior partners who have recently pulled out a stake in the business: can a firm have the same drive when the upper echelons of its management have reduced their financial interest in the company? “It gives them an opportunity to capitalize on the business they have built up,” said David Silver, managing director at . “They can create value for themselves through selling their shares.” The top brass at Blackstone will take home several hundred million dollars from their float, with co-founder Stephen Schwarzman pocketing up to US$600m according to reports. Blackstone’s other founder, Peter Peterson, will step down by the end of 2008, and is perhaps the impetus behind the decision to list.

Shareholder money will not replace that raised via limited partners, but it will provide firms with the ability to use shares to make acquisitions, putting them on an equal footing with corporate buyers – using what the Blackstone IPO filing calls “publicly-traded equity currency”. It will also mean that when there is a downturn a firm will have more than one source of capital: if the traditional investors tighten their purse strings, the firm can simply pull money from the public markets. However, the J-curve is a feature of the private equity industry that has been accepted by LP investors, but it’s not going to be accepted by the public markets, nor is the rather lumpy nature of fund returns. Or is it? Will money from the public market that doesn’t really understand private equity but likes to be invested in brand names become the new “dumb money”? To minimize the J-curve and lumpiness, will PE firms become fund raisers (to maximize management fees, profits and share prices) rather than fund managers?

In its prospectus Blackstone makes clear early on that shares should only be purchased by investors with a long-term perspective, but not all firms may take this approach and management will have to reconcile the issue of short-term results versus long-term returns. But not every private equity firm going public is going to be able to be as dictatorial as Blackstone has been in its filing. Silver says: “Going public means a private equity firm has to decide whether it is going to manage its business on a short-term basis or a long-term one. They are going to have to report on a quarterly or half-yearly basis, and LPs may also have concerns over how transparent a GP has to be with regard to its investors.” And thus far GPs haven’t been very transparent at all. Nappier said in her keynote speech at the Buyouts East Symposium this month that she actually had to “find out about her investments through the press because communication from the GP community was so poor.”

After Blackstone’s issuance of up to US$4bn worth of shares, it is possible that the appetite for private equity among public investors is going to be sated. The same thing happened last year when KKR listed a fund on Euronext. All the rumours that other firms were going to follow suit soon came to nothing, the most spectacular casualty. Apollo Management has been tipped as most likely to copy Blackstone, but in reality in could be one of about a dozen firms, both in Europe and the US.