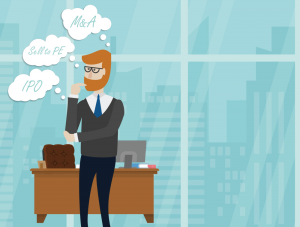 Siguler Guff completed a process that allowed limited partners in a 2008 fund to sell their interests or extend the term of the pool for more time to realize remaining investments, sources told Buyouts.

The deal, which closed around year-end, was part of the record activity in the market last year but was one of the few tender offer processes, a structure that has faded a bit into the background. GP-led continuation funds and traditional LP portfolio sales drove secondaries to record volume levels last year.

With the buyer selected, the GP then offers LPs the chance to cash out of their interests in the older pool, or not.

Dorchester Capital Advisors was the buyer on Siguler Guff’s tender, which had a total value of around $500 million, sources said. Brant Street Capital worked as secondaries adviser on the process.

Siguler Guff Distressed Opportunities Fund III, which closed on $2.4 billion in 2008 from more than 500 investors, presented a complex process. The fund was composed of four separate parallel vehicles, each with slightly different tax considerations and their own net asset value.

Half of the portfolio was an interest in publicly traded Royalty Pharma, and the other half were interests in illiquid holdings like shipping assets, real estate, stakes in commingled funds and coinvestments.

Existing investors were given multiple options for full or partial liquidity. For the liquid securities, investors could either take shares in-kind, or the firm would sell the shares for the investors, or they could choose to do nothing and Siguler Guff would continue to manage the investment.

For the illiquid holdings, existing LPs had the option to either sell or not, sources said. The majority of LPs chose to sell on both sides of the deal.

The fund itself was extended another three years. Siguler Guff indicated that it expects to wind down remaining investment in under three years, sources said.

Sources expect to see more tender offers hit the market as buyers crave diversification away from the large, concentrated bets they made last year. Secondaries firms have generally offered LPs a diverse selection of funds and assets in their funds, and large bets in single companies diverge from that strategy.

Update: This story was updated with more information about the structure of Fund III.