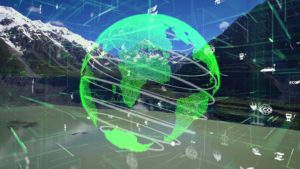 Siris Capital Group, which focuses on mature tech companies experiencing transition, is in market with its next flagship fund amid a wave of tech-focused shops raising billions from investors.

Siris is targeting $4 billion for Fund V, two sources told Buyouts. The firm has not yet decided on a hard cap, the sources said. Fund V is expected to hold a first close in the first quarter, one of the sources said.

Park Hill Group is working as placement agent on the fundraising. A spokesperson for Siris declined to comment.

Tech-focused firms have found favor with limited partners as many have outperformed other strategies despite, and in some cases, because of, the pandemic. The rise of remote work and education and consumer demand helped accelerate the infusion of technology across the economy.

Limited partners have followed the trend and bestowed billions of dollars on tech firms like Thoma Bravo, which is in the market now raising what could total more than $28 billion across three funds. Vista Equity, Francisco Partners and Silver Lake are among the crop of managers riding the tech wave that is keeping the segment busy with deals and fundraising.

Siris, launched in 2010 by Peter Berger, Frank Baker and Jeffrey Hendren, primarily focuses on technology, telecom and tech-enabled business services sectors, according to the firm’s Form ADV. Berger, Baker and Hendren worked together at Ripplewood Holdings in the 1990s. The three spun out to join hedge fund SAC Capital Advisors in 2007, investing out of a side-pocket vehicle they set up.

The firm targets mature tech companies with legacy brands that are developing new products. The legacy business is viewed as the cash generator, or “bond portion” of the deal, Buyouts previously reported.

The new, more speculative products the firm considers the “call option” part of the investment, Buyouts reported. Sources said the strategy positions the firm well in the environment of the pandemic, inflation and supply chain disruptions. The firm also uses an operational approach through its executive partners group to work on improvements at target companies.

As of Dec. 31, 2020, Siris managed about $6.6 billion, the Form ADV said. Siris closed its first institutional pool, which it calls Fund II, on $651 million in 2011. Fund II was generating an 8 percent net internal rate of return and a 1.3x multiple as of March 31, 2021, according to performance information from California Public Employees’ Retirement System.