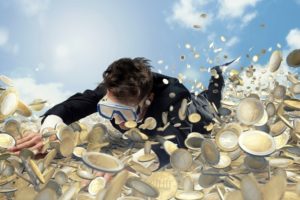 Sixth Street, the one-time private credit arm of TPG, is looking to replenish some of the capital raised two years ago for its $25 billion multi-purpose Tao fund.

The San Francisco firm aims to replace roughly $1 billion of the $12 billion it secured for the 2020-vintage Sixth Street Tao Partners, according to a New Mexico State Investment Council report. NMSIC is committing $250 million.

Unique in the alternative assets market, Tao is a cross-platform evergreen pool formed by Sixth Street more than a decade ago. It operates like a balance sheet, investing flexibly and opportunistically across a spectrum of deals originated by flagship funds or on its own.

Sixth Street occasionally launches campaigns to raise fresh resources for Tao, as it did in 2020, and occasionally replaces capital following LP realizations and redemptions, as it is doing now. The evergreen structure sets investment and opt-out periods, with new LPs gaining exposure to new investments from the date of subscription, the NMSIC report said.

Sixth Street has “a waiting list” of LPs seeking to commit capital to Tao, sources told Buyouts. The firm declined to comment.

Tao fits Sixth Street’s “one-team” approach to investing, which allows investment professionals based globally to source and underwrite a range of deals using multiple pools of capital. It also allows Sixth Street to be nimble and invest thematically in opportunities emerging across cycles, sometimes as a result of dislocation.

This latter Tao focus is called the adjacencies platform and involves investing that goes beyond the scope of Sixth Street’s flagship funds. In this respect, the platform resembles the special opportunities strategies of other large peers, such as Blackstone’s Tactical Opportunities and Apollo’s Hybrid Value.

Sixth Street, which manages $61 billion of assets, was founded in 2009 by CEO Alan Waxman and other partners, many of them former members of Goldman Sachs’ US special situations group. In 2020, it separated from TPG, which retained a minority interest.