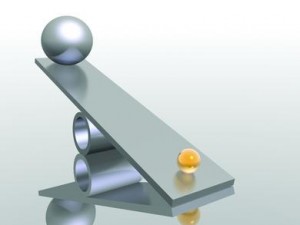 With the political changes in the late 1980s and the early 1990s, the economies of Central and Eastern Europe (CEE) began embracing free market dynamics. Entrepreneurs across the region began setting up companies – many in industries that had formerly been government controlled or which had previously not existed.

Communications, real estate, financial services, retail and life sciences, to name but a few, began to flourish. Two decades on, many of these businesses are looking extremely attractive to private equity investors in the region. But it is the lower mid-market, the home of companies with enterprise values of between €10m and €50m, that is particularly appealing.

Of the increasing number of private equity investors in CEE, most are either pan-European or regional, CEE-focused funds. The vast majority of CEE-focused funds target the upper mid-market and large cap segment, namely companies with an enterprise value in excess of €50m.

But due, in part, to the short time frame in which the market has evolved, companies of this magnitude are few and far between. According to recent research, there were just 710 companies with annual turnover of between €100m and €200m for the whole of Poland, the Czech Republic, Hungary and Romania combined in 2007. By contrast, there were a staggering 12,500 companies with turnover of between €10m and €50m.

Clearly this group represents an excellent investment opportunity for private equity investors who understand the market dynamics of this region and, above all, the local nuances.

Many of these companies are at a point in the economic cycle where they are looking for external backing, either to fund the next stage of development or due to other issues such as succession planning, and that is where private equity often steps in.

Well established lower mid-market-focused private equity firms, for example, are able to execute investment theses such as regional cross-border industry consolidation deals. Local CEE entrepreneurs would have difficulty achieving these without an institutional partner possessing a local presence and deep experience throughout the region.

There are certain features that are common to CEE lower mid-market deals. Deals tend to be driven by deal catalysts between owners / founders, typically of businesses that were founded post-1990 by small groups of individuals or entrepreneurial partnerships. These companies, and their ownership structures, tend to reach limitations in terms of their ability to manage growth and more complex operations, and that is the point at which they generally look for external backing. As such, in CEE lower mid-market deals private equity investors are typically the first institutional owner of the company, which enables them to add significant operational value.

In addition, deal dynamics are generally quite complex, with some owners exiting entirely, some partially and some retaining their full shareholding alongside the private equity investor. For this reason, deal dynamics favour the tailored solutions that a private equity firm can deliver, and as such, these deals are rarely auctioned.

As one might expect, light industry and retail tend to feature in the CEE lower mid-market, along with newer, fast growth industries such as media / entertainment and IT / telecoms / Internet. Other opportunities mirror those in more mature European markets, such as our recent investment in Lexum, the leading network of private ophthalmology clinics in the Czech Republic, which aims to be a consolidator in a highly fragmented, niche and fast growing segment of the healthcare services market.

Over the near term Poland and the Czech Republic are the most attractive markets in the CEE lower mid-market, largely because leverage is available in these markets to fund lower mid-market deals. In addition, the macroeconomic situation in these countries is more stable relative to certain higher risk CEE countries. The demographic structure of lower mid-market companies is also extremely favourable, with a large number of entrepreneurs who started businesses in the early ‘90s, when they were approaching their 50s and starting to consider phased retirement and succession options.

But as with the Mittelstand in Germany, half the battle is gaining access to these companies at all.

The key to success – in addition to a successful track record – is building a team that is truly local, who understand both the opportunities and the issues, with a multi-disciplinary skill set, and who have invested the necessary time in building relationships.

Getting to know the management of a €20m packaging manufacturer in a small town in CEE, from an office in Vienna or Frankfurt, is nigh on impossible.

In addition, unlike in the UK, many of these lower mid-market businesses can only be accessed via a trusted individual, such as a locally influential individual, rather than via formal intermediaries. At this level, auctions are rare. The trade-off, however, is that patience is required.

As Europe slowly emerges from the current recession, expect to see specialist investors in CEE targeting high quality lower mid-market businesses in the more mature and stable economies of CEE.