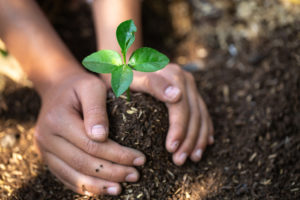 Newlight Partners, formed by a group of executives who spun out of George Soros’ family office, is eyeing an ambitious goal for its debut fund as an independent firm.

Newlight has been talking to potential investors about targeting around $1 billion for its debut pool, which would make it one of the largest-ever first-time funds, sources told Buyouts.

The target has not been finalized, one of the sources said. It’s not clear if the fund has officially launched beyond the firm speaking to LPs.

David Wassong, co-managing partner with Newlight, did not respond to a comment request this week.

Newlight is not in the same category as most first-time funds, which start life without the support of the former parent firm. But, in raising its first independent fund, it faces much the same challenges as other first-timers in the market trying to convince investors to back their early pools.

One major difference with Newlight is that most of the leadership team has worked together for many years, starting at Soros Fund Management. Newlight formed in 2018 after the private equity-focused team at Soros spun out with an agreement to continue managing the $2-billion-to-$2.5-billion portfolio. Soros also kicked in $2 billion for new investments, one of the sources said. The existing portfolio more recently was valued at more than $3 billion.

As of Dec. 31, Newlight managed about $5.7 billion, the Form ADV said. The management company is primarily owned by Wassong and co-managing partner Ravi Yadav, according to Newlight’s Form ADV. From 2005 to 2018, Wassong and Yadav co-led the Strategic Investments Group at Soros.

Other partners include Mark Longstreth, who joined Soros in 2007, and Srdjan Vukovic, who joined in 2006. Newlight also hired partner Adam Stulberger last year from Tailwind Capital, where he worked for 18 years.

Newlight invests across five themes: growth of broadband connectivity; financial services; value-based healthcare; energy transition; and tech-enabled services. Part of its strategy includes line-of-equity investing, in which the firm provides a certain amount of capital, and then invests incrementally as the company hits performance benchmarks.

Investments this year include up to $150 million in Rosemark Group, which funds businesses seeking strategic and financial partners; and up to $200 million in specialty insurance business Upland Capital Group.

The firm also invested in Sail Internet, a high-speed internet provider using fiber and next-gen wireless infrastructure for homes and businesses, and Pondurance, which provides managed detection and response services to industries.

First-time fundraising is hard in any market, but made especially more challenging after the pandemic shut down markets, forcing LPs to stick with their established relationships.

Almost two-thirds of respondents in the fifth annual Buyouts Emerging Manager Survey either agree or strongly agree that established managers get the bulk of capital, while LPs display far less enthusiasm for younger houses. The survey was done in partnership with Gen II Fund Services LLC.

The inability to travel and meet new teams in-person turned many LPs off to forming new relationships last year. That situation has gradually reversed this year, though lingering restrictions, and the rise of the Delta variant continue to make emerging manager fundraising challenging.

“Many LPs may have one or two emerging managers in their portfolios, where they had an existing relationship with the GP in their previous firm, but few have dedicated programs,” Lindel Eakman, partner at Foundry Group, said in a recent interview.

“Covid has reduced the risk profile even further, pointing investors toward their existing relationships. LPs do now seem ready to engage, and travel, but the Delta variant means, once again, they are having to press pause.”

Update: This story was updated to clarify that Newlight may use line-of-equity investing as part of its strategy.