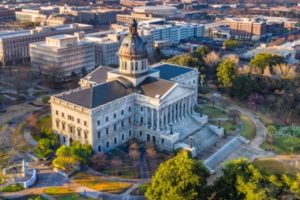 Aberdeen Standard Investments is raising its ninth US-focused private equity fund-of-funds, targeting $450 million. It already snagged one big public pension commitment that could take up as much as a quarter of the fund.

South Carolina Retirement System committed $100 million to Aberdeen Standard US Private Equity IX at its March 4 meeting, according to documents on its website.

The $35.6 billion pension also will commit any further amount not covered by other LPs up to the fund’s hard-cap, provided the commitment does not exceed 25 percent of the fund.

It was not clear what the fund’s hard-cap is. Aberdeen’s previous vehicle, Aberdeen Standard US Private Equity VIII, closed in January 2020 on $425 million, according to sister title PE Hub, well over its $350 million target.

The fund is expected to close later this month, a source with knowledge told Buyouts.

According to the Form ADV for Aberdeen’s alternatives business, the US private equity program’s strategy is to invest in “lower middle market turnaround, value buyout and growth capital funds” and also is open to co-investments and secondaries.

In an interview last year with Buyouts, co-head of US Private Equity Scott Reed talked about the sorts of funds the firm targets, which include emerging managers and small-cap funds.

“We’ve got a dozen folks on our team scouring the landscape and trying to develop dialogue with every manager in our space and ultimately building conviction they have repeatable and differentiated investment strategy,” he said.

South Carolina also invested $50 million in Fund VIII. The pension declined to comment for this story.

Update: This story has been updated to include that South Carolina Retirement System declined to comment.