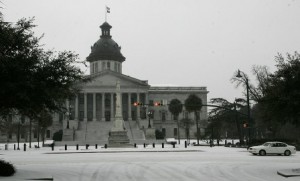 The Commission did not vote on the draft, but may consider it at its April 23 meeting, spokesman Danny Varat said in an email.

If South Carolina commits $750 million, it will be the most that the retirement system has allocated to private equity since 2008, when it allocated $878.9 million.

South Carolina’s investment team will focus on U.S.-based managers next year, with occasional allocations to European funds, according to the draft. Energy and venture capital funds will also be a priority.

South Carolina’s 2015-2016 investment plan is expected to take effect July 1. The $29 billion retirement system had a 9.1 percent allocation to private equity as of Dec. 31, slightly above its 9 percent target, according to a quarterly investment report.

South Carolina’s private equity portfolio included stakes in 59 funds. Buyout funds represent the largest slice of the portfolio by net asset value, at 38 percent. The retirement system holds 22.6 percent of its portfolio in growth strategies. The remainder of the portfolio is spread across funds of funds, venture capital, secondaries and energy funds, according to meeting materials.

Since its 2006 inception, South Carolina’s $2.7 billion private equity portfolio netted a 13.61 percent internal rate of return as of Sept. 30, according to meeting materials.