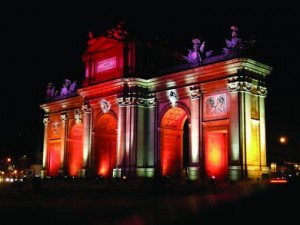 Mercapital Spanish Buyout Fund III managed to entice a number of existing investors back, including Access Capital, Goldman Sachs, Pantheon and Unigestion, as well as attracting a range of new ones, such as BP Pension, CAM Private Equity, the European Investment Fund, and Quartilium, the fund managed by Finama. Spanish investors also showed their support, both financial institutions and family offices, the latter accounting for 30% of the fund’s commitments.

The fund will target mid-market buyout deals in Iberia, with a particular focus on sectors and companies with strong local links. Unlike its predecessor SBF III will be entirely oriented towards buyouts – SBF II only has a buyout allocation of two-thirds. Javier Loizaga, managing partner of Mercapital, said: “This gives us the firepower to continue to take a leading role in mid-market buyouts in Spain where we not only see an abundance of opportunities but also the ability to achieve superior returns to investors. Given our strong deal pipeline and the current number of opportunities in the mid-market which is expected to develop even further we expect the fund to be invested in the next three years.”

The Spanish private equity market experienced a record year in 2005 with buyouts deals totalling €9.4bn, smashing 2004’s €2.3bn. The statistics for this year won’t be as high but this was to be expected following the enormous buyouts that took place in Spain in 2005, with the Amadeus Global Travel coming in at over €4bn and Cortfiel topping €1bn.

According to Thomson Financial data, Spain has seen just one plus €1bn deal in 2006, the closet being Candover’s €970m acquisition of Applus Servicios Technologicos, a water metering business.

Mercapital has been in the private equity market for over 20 years, investing over €1bn since 1991. Recent investments include USP Hospitales, the largest, independent hospital network in Spain, Recoletos, a specialized press publisher in Spain, Menorquin Yachts, pleasure boat makers, and and Gasmedi, a leading medical gas provider.

It has recently sold Cesa, the fourth largest developer and operator of wind farms in Spain, Santos, an integrated provider of logistics services, and Quirón, a provider of private healthcare services.