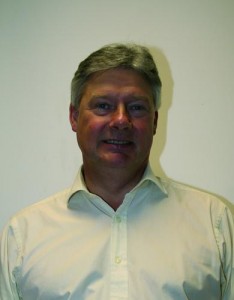 The (ETF) has raised £110m for its maiden fund, surpassing its target size and attracting investment from a range of blue-chip institutions including , the (EIF) and F&C.

The fund, which is based in London, invests growth capital in companies operating in the clean technology space, a sector of growing interest to the European venture capital community. ETF is also one of the few cleantech-only funds in Europe. Many VCs have cleantech allocations, but few have dared to establish a specialised fund.

Whilst the thrust of the session was meant to be about how European VC can force itself back onto the LP agenda – although as Glover herself noted, what map and back from where – it inevitably turned into the traditional US versus Europe argument before becoming rather more animated than is customary at such events, and it concerned what LPs really want from their venture investments – do they want generalist VCs or do they want specialists?

The panel all seemed to agree that specialisation was the only way forward. The skill sets required for each sector – specifically in this instance biotechnology and hi-tech – and the capital requirements were both too different for one fund to invest across the board.

Peter Flynn, founder of placement agent Candela Capital, argued against the grain. He said that what LPs wanted was generalisation, they wanted diversification – in short, they didn’t want to put all their eggs in one basket. He said: “The LPs I speak to want a range of IT and life science opportunities. Fund-of-funds struggle to put their money away because there aren’t enough VCs offering a range.”

This raised some eyebrows – and heckles – among the panel and the audience. Schuhsler responded: “That’s not the view now. That was the LP view seven or eight years ago, but not any more.” TVM used to follow the mixed-fund approach, but split the biotech and tech teams up in 2001, and has since raised two life science funds and one technology vehicle.

TVM is not alone in moving from generalist to specialist: fellow German firms Wellington Partners and PolyTechnos Venture Partners have also gone down the specialist route. Bart Markus, a GP at Wellington, said that the question of whether to be a specialised or a generalist fund differs depending on whether you are looking at it from a fund perspective or as a GP: “On a fund level, the deal flow is not big enough to focus on one sector alone. As a GP however, you think differently – it’s impossible for example to do cleantech one day and then biotech the next.”

Ernie Richardson, CEO of UK early stage tech firm MTI, is in agreement. “I think it is a question of scarcity of funding opportunities. If you are a West Coast established US VC and you have raised US$500m to US$700m you can spread that around, and the bigger it is, the more you have got to spread it around. One of the problems with the generalist managers is that they have to raise a shed-load of money otherwise they spread themselves too thinly.”

Richardson gives the example of ETF as a successful specialised fund. “It closed above target despite being explicitly focused on the environment,” said the MTI head.

However, it’s not all about specialisation in the VC world. Three of Europe’s most high profile VCs are generalists: Index and Sofinnova, neither of whom have any trouble raising money – Index raised €400m in January for a growth fund and €350m for its most recent venture fund in 2007; Sofinnova raised €385m in 2005, a record for European VC at the time.

The important point about these two is their track record – Sofinnova has a 30-year history, and Index has been involved in some of European venture capital’s best returns. Such considerations trump any concerns over generalisation – if a firm can point to a history of good returns, LPs are always going to pay attention.

The VC market has room for both models, but to be generalist, you have to have a strong brand, with a long track record of generating good returns. For everyone else, specialisation is the best hope of attracting investor interest.