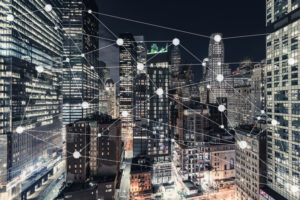 It’s become a common refrain that growth-tech investments are out of favor as past investments made at high valuations get crushed in the current market decline.

As LPs generally pull away from tech-focused funds (and consider selling down their exposure on the secondaries market), a select few continue to attract capital. One such shop is Spectrum Equity, which this morning will announce the final close of its tenth flagship fund on $2 billion.

Spectrum is among a group of tech-growth managers that have not had a problem raising capital in the turbulent markets. In fact, the firm closed its prior Fund IX on $1.5 billion amid the market shutdown of the health crisis in 2020.

For Fund X, the firm hit the hard cap in a one-and-done close after launching in the spring, sources told Buyouts. Fund X has not yet begun investing.

The firm has held the line on fund size, and has not significantly increased the size of its investment pools despite demand from limited partners.

Spectrum has raised “overage” funds, which can be used to make larger investments or add-on acquisitions. The firm closed its third overage fund on $200 million alongside the tenth flagship.

In June, the firm announced a $45 million growth investment in WIN Reality, a VR training and assessment platform for athletes.

The firm is led by managing directors Vic Parker, Chris Mitchell, Ben Spero and Steve LeSieur. Brion Applegate and William Collatos formed Spectrum in 1993, with its first fund launched in 1994. Applegate and Collatos stepped back from daily management around the time the firm raised its seventh fund, which closed in 2014.

Spectrum separately raised its first continuation fund recently, closing Spectrum Select Opportunities Fund on $300 million. The fund is meant to reinvest back into existing portfolio companies the firm is exiting, as a way to keep a stake in growing businesses, Buyouts previously reported.