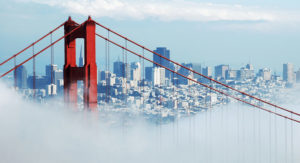 Spectrum Equity is embarking on what is expected to be one of the quick fundraising processes in the market, even amid the pandemic that has ground economic activity almost to a halt.

Limited partner and consulting sources feel the most in-demand GPs will get funded, even as the economy struggles, while any other type of fund, including emerging managers, will have to pause for three to six months.

Spectrum, raising its ninth fund, is in the former category. Fund IX is targeting $1.25 billion with a $1.5 billion hard-cap, sources told Buyouts. The firm closed Fund VIII on $1.25 billion in 2017, with an additional $125 million for an overage program for larger deals or follow-on investments.

Spectrum is considering switching Fund IX to a compensation structure that pays the GP after it sells investments that hit a certain return threshold, known as deal-by-deal carried interest, according to an LP who has heard the pitch.

The firm is considering the structure of the fund, either paying carried interest after selling each deal (known as US-style carry) or sticking with a structure that only pays carry at the end of the fund, after limited partners have made their money (European-style carry).

“That’s where the tension is” in negotiations, the LP who heard the fund pitch said.

No one from Spectrum had returned a request for comment by press time Monday.

The firm, based in Boston and San Francisco, invests in rapidly growing companies that are profitable. It focuses on business services, information services, digital media, software and internet-related growth sectors.

Principal owners of Spectrum Equity Management are Christopher Mitchell, Victor Parker, Benjamin Spero, Brion Applegate and William Collatos, according to the firm’s Form ADV. Applegate and Collatos formed Spectrum in 1993; the firm launched its first fund in 1994. It managed about $3.9 billion as of December 31, 2018.

Applegate and Collatos stepped back from day-to-day management around the time Fund VII was fundraising. This allowed the next generation of management – Mitchell, Parker and Spero – to take the reins.

Spectrum has been a strong performer over the past few years, sources said. Fund VII, which closed on $1 billion in 2014, was generating a 37.36 percent internal rate of return since inception as of March 31, 2019, according to performance information from the California State Teachers’ Retirement System.

Fund IV, which closed on $1.75 billion in 2000, is the firm’s weakest performer as it invested into the teeth of the dot com downturn. Fund IV was generating a 7.47 percent net IRR as of September 30, 2019, according to performance information from Washington State Investment Board.