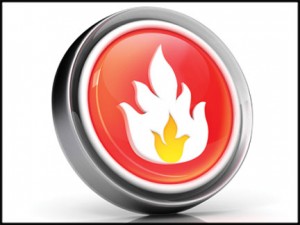 Some of more recent deals include the $1.1 billion IPO of Quintiles Transnational Holdings Inc. on May 8 from Bain Capital, the $702 million deal for SeaWorld Entertainment Inc. on April 19 from Blackstone Group LP, and the $2.3 billion debut of common stock in DoubleLine Income Solutions Fund on April 26 from Oaktree Capital Group LLC.

All told, the average deal size of U.S. sponsor-backed IPOs in 2013 has climbed to $489 million, up from $234 million on average in 2012 but down from $616 million in 2011, a year that saw some especially large deals, including the $2.9 billion IPO of Kinder Morgan Inc and the $3.8 billion IPO of HCA, according to Thomson Reuters data.

The average dollar value of U.S. sponsor-backed IPO could climb further with more deals like Coty Inc., which filed plans on May 28 to raise as much as $1.2 billion in its stock sale. Coty’s owners include the Reimann family of Germany, Warren Buffett’s Berkshire Hathaway and private equity firm Rhone Group. All told Thomson Reuters counts some eight U.S. sponsor-backed companies in registration, including Masonite International Corp., which filed in February to raise $150 million. It has backing from Centerbridge Partners, Mount Kellett Capital and Oaktree Capital.

Many private equity firms have seen common equity in public companies grow as a percentage of assets under management because of IPO exits and higher stock prices. Making a consistent splash in the IPO market also helps the case for private equity firms when raising new funds.

“As private equity firms have done bigger deals, IPOs are a more natural exit,” Shields said. “These are solid companies, many of which had previously been public.”

Strength in the equities market that began in 2011 has intensified in the last six months as concerns about the United States’s fiscal footing has eased and Europe has stabilized, while monetary policy around the globe continues to support low interest rates, coupled with a quest from investors to turn to IPOs for more yield.

Since private equity firms typically focus on established industries, U.S. sponsor-backed IPOs may provide a patina of safety compared to more speculative sectors, in some cases. Favorable credit market conditions also offer greater flexibility for private equity sponsors. The high- yield bond market stands out as the funding source of choice for financial sponsors in 2013, but a more balanced mix of leveraged loans and high-yield bonds appears to be picking up steam, according to a report by sister news service Reuters.

Meanwhile, signs of growth, especially in the U.S. housing market, are providing fuel for bulls, as well as expectations for further growth in the second half of the year. “We’ve seen for the first time in several years, sustained, positive fund flows into equities,”  Bunzel said. “When that happens, the IPO market improves.”

And that’s on top of promising returns from private equity firms that managed to float IPOs in recent years despite volatile market conditions.

Goldman Sachs & Co and The Carlyle Group each sponsored an estimated 14 IPOs since 2007, making them the two most active U.S. private equity firms in IPO market, according to Thomson Reuters data. Their deals turned in a median absolute return of 46.8 percent and 17.4 percent respectively (not taking into account the timing of the IPO).

Among the 12 most active firms with the best aftermarket records, Silver Lake—with only two IPOs—turned in a median return of 122.6 percent on two semiconductor deals, with one deal at 115.3 percent (NXP Semiconductors NV) and the other at 129.5 percent (Avago Technologies Ltd). Kohlberg Kravis Roberts & Co. also rang up a median absolute gain of 122.6 percent via six deals.

To be sure, the trading debut dates of IPOs remain a key factor in shaping returns, with older deals from 2007-2010 now boosting results. But taken as a whole between 2007 and 2013, the collective median return of 24.4 percent for U.S. sponsor-backed IPOs (including companies that have been sold since their IPO) provide plenty of incentive to float fresh IPOs.

Among the big winners, Lumber Liquidators Holdings via TA Associates has gained more than 700 percent since its debut on Nov. 9, 2007. Energy specialist Concho Resources, sponsored by Ticonderoga Capital and Highland Capital, is up 624 percent since its 2007 IPO. Yoga clothing maker Lululemon Athletica has risen 350 percent since Advent International and Highland Capital Partners floated the deal in 2007. Erickson Air-Crane Inc. from Centre Lane Partners stands out as a more recent sparkler with a 251 percent return since its debut on April 11, 2012.

Of course, even with the resources of private equity firms behind them, some deals still flop. Shares of RHI Entertainment Inc., sponsored by Kelso & Co., lost nearly all their value in a 2010 bankruptcy after the IPO debuted in June, 2008. Nov. 21, 2011’s IPO from Digital Domain Media Group with sponsorship by Comvest Capital and Oman International Development and 2007’s Pinnacle Gas Resources from DLJ Merchant Banking Partners, now part of Credit Suisse Group, also fell sharply.

Train wrecks like these serve as a reminder of the more bankable outcome for exits through a direct sale.

“M&A exits continue to be more popular, easier, cleaner and more certain than the IPO process,” said David Sands, a partner at Sheppard Mullin. “Given the ongoing difficulty for PE firms in the fundraising market, which has witnessed many large institutional limited partners narrowing the number of funds in which they will invest, track record continues to be extremely important.”

That said, Jacqueline Kelley, Americas IPO leader for Ernst & Young, said bankers and buyout chiefs were buzzing about IPOs at a recent industry meeting she attended.

“It’s almost like a perfect storm,” she said. “We’ve got record highs on the equity indexes, record lows in volatility, we’ve got a backlog of sponsor-backed IPOs and we have investors that are looking for growth and are willing to take risks. It’s driving the market. The spread between what investors are willing to pay and companies are willing to sell has narrowed significantly.”

Deutsche Bank’s Bunzel said he remains bullish for IPOs for the balance of the year, despite recent market jitters tied to fears over higher interest rates, a slide in Japanese equities and talk of the Fed paring back its bond purchases under its Quantitative Easing program.

“It feels as though it’s likely to continue to pick up steam,” Bunzel said. “If anything, what’s happening is sponsors are looking to bring things more forward…because market conditions are favorable for monetization.”