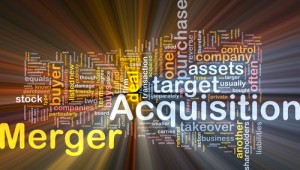 After a long stretch of easy credit and frothy prices, storm clouds gathered around M&A in the form of rocky financial markets. A paradigm shift may be ahead.

While deal-makers continue to complain about losing auctions, purchase prices in the quarter at least didn’t get any worse. Average buyout multiples in the third quarter remained at 10.8x EBITDA from the year-ago quarter, while average leverage levels eased off slightly to 6.16x EBITDA from 6.2x EBITDA last year, according to S&P Capital IQ.

Rockiness in equity and debt markets toward the end of the quarter signaled storm clouds over the blue-sky environment of the past two years.

“It’s been a great time to sell businesses with healthy prices and generate very nice returns,” said Adam Sokoloff, managing director and global head of the financial sponsors group at Jefferies LLC. “I’m not saying that’s come to an end, but we certainly feel like that’s slowing a little bit and we may be at the beginning of an inflection point.”

The largest transaction of the quarter fell into the add-on bucket: Carlyle Group’s CommScope Holding Co, a provider of connectivity and infrastructure for wireless networks, paid $3 billion to buy the Swiss-based Broadband Network Solutions unit of TE Connectivity Ltd.

Add-on deals also boosted the transaction count for the most acquisitive buyout firm in the quarter, Hellman & Friedman, with 16 deals. A roll-up of independent brokers by the firm’s Hub International insurance platform accounted for all but three deals by the firm. Also in that vein, GTCR’sAssuredPartners Inc independent insurance broker platform snapped up five add-ons.

“A lot of companies were really sidetracked after the financial crisis and a lot of people that may have had a plan to get some liquidity were pushed out in the future because of that,” Cochran said. “People feel their businesses have recovered and progressed to where they had expected them to get to.”

He believes Lovell Minnick offers a better proposition for sellers than larger rivals. “With the companies we’re backing … the owners look to be part of building something,” he said. “They’ll get equity in the new company and they’ll really feel they’re part of the experience of being a great company rather than being absorbed by a monster.”

Looking ahead, sponsors remain focused on economic conditions. An expected rise in interest rates by the U.S. Federal Reserve, volatility in equities and credit markets, distress in energy and mineral sectors, and China’s impact on global growth remain in the mix, deal-makers said. A bearish turn in these indicators, along with a more muted response to initial public offerings from sponsors, could gradually bring buyout multiples down.

“It’s certainly reasonable to think that if the credit market continues like this for a bit, you’ll see leverage come down and rates and spreads will move up, and that tends to lead prices down,” Jefferies banker Sokoloff said. “People are hoping for some of that.”

Meanwhile, a few large buyouts remain on the docket for closing in the fourth quarter or early 2016. The largest of these is the $12.6 billion buyout of Oncor Electric Delivery Co by a consortium that includes Hunt Consolidated,Anchorage Capital Group, Arrowgrass Capital Partners, Avenue Capital Group, GSO Capital Markets, and Teacher Retirement System of Texas.