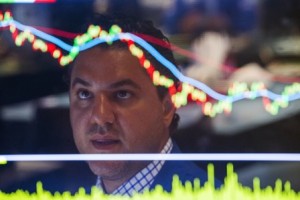 After a mostly non-stop bull run in the market dating back to 2009, stocks have pulled back sharply on jitters over China’s slowdown in August and early September. The U.S. Federal Reserve’s plan to raise interest rate this year remains a cause of uncertainty as well.

Finishing off a bruising month of August for stocks, selling took hold again at press time on September 1, when all three U.S. indices fell more than 2 percent on weak factory data from China. The losses left the Dow Jones Industrial Average, the Nasdaq and the S&P 500 in the minus column for 2015.

“The volatility is here to stay for a while, or at least till the Fed gives us an indication regarding a rate increase,” Art Hogan, chief market strategist at Wunderlich Securities, told Reuters. “Right now, they are being quite cagey.”

The current environment may make it more difficult to float IPOs. But on the plus side, it may make companies more affordable for sponsors wading into choppier deal waters. Buyout pros were already stepping gingerly in the face of lofty purchase price multiples.

Bill Tyson, senior managing director and co-head of equity investment banking at BB&T Capital Markets, said he hasn’t heard of any of his clients scrapping acquisitions at this point. Meanwhile, the bulk of the market sell-off has taken place during a seasonal summer lull in the new issues market.

“It’s too early to tell [if IPOs are off the table], but experience would teach that it clearly would throw a little bit of a wet blanket on the new issues market,” Tyson said. “It won’t kill the market by any stretch, but it will certainly cause some pause.”

Volatility in equities removes predictability craved by sponsors to plan IPOs and other transactions, he said. While lower stock prices could lead to more favorable buyout valuations, Tyson isn’t predicting a quick shopping spree from sponsors.

“The immediate reaction will be to be more cautious,” he said. “The first thing people will want to know is if there’s some fundamental change in the market. If not, it may just be some frothiness leaving the market. It’s been a number of years since we’ve seen a pullback. In the long term, these types of moves are kind of healthy.”

Weighing in on the impact of China and other economies, International Monetary Fund Managing Director Christine Lagarde said in a speech that the lender’s outlook for global growth is weaker than it was two months ago.

“This reflects two forces: a weaker than expected recovery in advanced economies, and a further slowdown in emerging economies, especially in Latin America,” Lagarde said.

John Fitzgibbon of IPOscoop.com said IPOs typically go into hibernation when the stock market takes a dive. He expected an empty calendar at least until Labor Day or possibly a while after that.

“It can take about three to six weeks for the IPO calendar to come back to life after a stock market bottom has been reached,” Fitzgibbon said. “For now, it’s a waiting game. People are focused on their portfolios and not on new investments.”

“Private equity sales are a function of credit markets for the debt side,” Morris said in an email. “Buyout multiples could be dampened if public multiples decline. More important will be the magnitude of debt skittishness derived from the equity decline.”

Among IPOs waiting in the wings is Petco Holdings Inc, backed by TPG Capital and Leonard Green, which filed to go public in August. Also last month, Centerbridge Capital Partners filed for an IPO for American Renal Associates Holdings Inc.

In one of the high-flying sponsored IPOs of 2015, Leonard Green-backed Shake Shack debuted on January 30 at $21 a share, rose to nearly $97 on May 22, then fell to about $48 on September 1. In another volatile performance, TSG Consumer-backed Planet Fitness debuted at $16 a share on August 6, dropped to $15.05 on August 24, but then rallied up to $19 on September 1 on positive comments from Wall Street analysts.

Sponsors have already been treading cautiously in M&A anyway in the face of high deal prices, uncertainties in Greece, fluctuations in Chinese stocks and hefty leverage in deals. But big buyout firms are sitting on record amounts of dry powder, which they may use if prices fall.