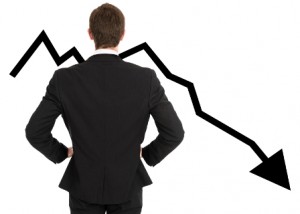 With negative comparable store sales and weaker-than-expected performance, Fairway Group Holdings Corp is exploring alternatives to raise additional capital as it struggles under $315 million in debt, according to filings and analyst notes.

Sterling Investment Partners, a middle-market firm based in Westport, Connecticut, holds 27 percent of Fairway Group’s common stock as its largest institutional shareholder, according to filings.

The supermarket chain drew a fresh debt downgrade after reporting a 6.5 percent drop in same-store sales in its second fiscal quarter of fiscal 2016, which ended on September 27.

Fairway remains locked in a battle with Whole Foods, which opened a rival store next to its flagship operation in New York City.

The supermarket chain’s 12-month leverage multiple weighs in at 10.5x EBITDA, with interest coverage of 1.4x EBITDA, according to Standard & Poor’s Ratings Services.

While Fairway remained in compliance with its maximum total leverage covenants for the quarter, its EBITDA cushion declined to 2 percent from 5 percent in the previous quarter.

“Given our expectation of weaker same-store sales and ongoing margin pressure, both from lower sales and promotional activity, we believe Fairway could breach this leverage covenant in the coming quarter,” S&P analyst Diya Iyer said in a recent note.

Fairway’s cash on hand as of September 27 stood at $29.9 million. It has $7 million available under its $40 million revolver.

The supermarket chain  absorbed a couple of debt downgrades in recent weeks from Standard & Poor’s, including a November 3 ratings drop to CCC+ from B- on its corporate credit. S&P also cut its issue-level rating to CCC+ from B- on Fairway’s $40 million 2017 revolver and its $275 million 2018 term loan.

The CCC designation means Fairway remains vulnerable to nonpayment and is dependent upon favorable business, financial and economic conditions for the company to meet its financial commitment, according to S&P ratings definitions.

Meanwhile, Fairway’s public stock price has been falling sharply. The company raised $177.5 million through an IPO at $13 per share on April 17, 2013. The stock price peaked near $30 a share later that year. It closed at $1.07 on November 5, giving the company a market cap of about $51 million, according to Yahoo Finance.