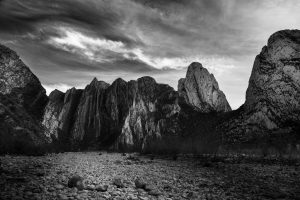 Stone Point Capital’s fledgling effort to back a secondaries investment operation appears to have hit an impasse and the future of the initiative is not clear, sources told Buyouts.

The Greenwich, Connecticut-headquartered firm, known for backing strategies in financial services, no longer lists industry veteran Jonathan Costello on its website. Costello, who ran PJT Partners’ secondaries global business for four years, had joined the firm in the first half of last year and was listed as an operating partner, as Secondaries Investor reported.

Negotiations between the firm and Costello – who was brought on to launch Stone Point’s sponsor solutions business – seemed to have derailed in recent weeks over different views on strategies and financials, according to half-a-dozen sources familiar with the matter.

It is unclear what this means for Stone Point’s secondaries strategy. Neither the firm nor Costello returned requests for comment.

Stone Point still lists one other operating partner on its website – Chris Stroup, who is chief executive of reinsurer Wilton Re, a former Stone Point portfolio company.

Costello and Stone Point’s venture was one of the latest in a handful of firms which have set up pots of capital dedicated to single-asset or highly concentrated secondaries deals. As of early November, LGT Capital Partners had raised at least $1.3 billion out of a $3.75 billion target for Crown Secondaries Special Opportunities II, which is understood to focus on spin-outs and single-asset restructurings, as Secondaries Investor reported.

Portfolio Advisors, which has traditionally invested in GP-led deals via its main secondaries fund, is preparing to launch a dedicated fund focusing on the strategy, managing director and co-head of global marketing Brian Murphy told Secondaries Investor in early November.

TPG has also been setting about building an investment team focusing on GP-led secondaries and concentrated deals. Its business is led by former CPP Investments secondaries head Michael Woolhouse and had added Landmark Partners investment professionals to its four-person team as of early this year. Woolhouse could be targeting around $2 billion for the first GP-led fund, Buyouts previously reported.

Single-asset deal volume almost tripled to $14 billion last year and accounted for 43 percent of GP-led volume last year, according to data from Evercore.