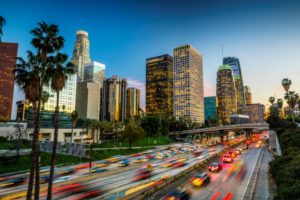 Co-investments and secondaries have performed so well that Los Angeles County Employees Retirement Association is looking into bolstering its efforts in both areas.

At a recent LACERA committee meeting, investment staff recommended higher commitment limits for co-investments and secondaries as well as broader investment parameters for both asset classes.

Staff would also like to make slight changes to co-investment criteria to include “high-growth pre-EBITDA” companies with an expected liquidity event within the next two years, and to allow LACERA to make global co-investments.

On the secondaries front, staff wants to widen the parameters of possible secondaries purchases by removing requirements that an investment’s primary fund must be at least 70 percent deployed and must have been managed by the current team for at least three years.

These policies would be an advancement from what the board approved last year, which Buyouts reported. The November 5 presentation also said staff wanted to use co-investments and secondaries to “better manage vintage-year exposure” and to generally lower the costs related to the private equity program.

The recommended changes aren’t surprising given how well co-investments and secondaries have performed for LACERA.

In-house co-investments and secondaries outperformed the primary portfolio by 2,100 basis points, coming in at about 29 percent since the third quarter of 2019. That placed the program in the first quartile versus 2019 vintage-year private equity funds, according to the presentation.

Staff also wants to maintain the current yearly commitment pace for all private equity at $1.6 billion, but will revisit that after an asset allocation exercise planned for 2021.

The changes were approved by the pension’s Equity: Public/Private Committee and will come before the full board in December.