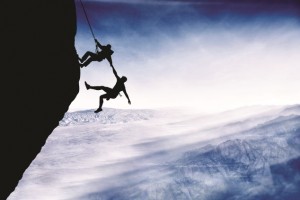 Summit Partners Growth Equity Fund IX has secured at least $100 million so far, a June commitment from longtime LP Pennsylvania Public School Employees’ Retirement System (PSERS). It is unclear how many other commitments the fund has received. A call to Summit Partners was not returned.

The Boston-based firm was rocked recently after learning that COO and Managing Director Joseph Trustey died in a plane crash July 29.

Among other changes at the firm, executives Marty Mannion and Harrison Miller plan to move into senior advisory roles in 2016, Buyouts previously reported. Also Bruce Evans is moving out of day-to-day investment responsibility, Buyouts reported.

Summit Partners has moved to a single CEO structure, with Peter Chung working in that role, Buyouts reported. Chung, who has been with the firm since 1994, is listed among the executives in a Form D filing for Summit Partners Growth Equity Fund IX, along with Evans, Mannion, Scott Collins and Thomas Roberts.

That is the same line-up the firm had for Fund VIII in 2011, minus Trustey. The firm appears to have a deep bench with a team of 90 investment pros, including 24 managing directors with an average tenure of more than 14 years at the firm.

Summit’s family of growth equity funds has generated a gross multiple of invested capital of 2.7x, including 3.6x for realized deals and 1.5x for unrealized deals, according to data from PSERS.

On the deal front, Summit Partners exited its stake in Eden Prarie, Minnesota-based HelpSystems LLC for an undisclosed sum, in an August deal with H.I.G. Middle Market.