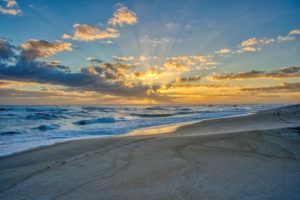 Sun Capital Partners has been exploring a process to allow investors in two older funds to cash out of their interests, as a way to get an injection of fresh capital into its next flagship pool, sources told Buyouts.

The deal, called a tender offer plus staple, is among a handful making their way through the dislocated market as GPs look for ways to deliver liquidity to LPs and to boost slower fundraisings.

Other big tender processes in the market are being run by Carlyle Group and Harvest Partners, both of which include the potential for large staples of fresh capital.

In such deals, the GP lines up a buyer or buyers, who agree to pick up LP stakes at a pre-set price. Existing LPs can then either choose to sell or not. The pre-selected buyers often will agree to invest a portion of primary capital into the GP’s new fund at a ratio, usually around $1 of primary capital for every $3 of secondaries sales.

Sun Capital is letting investors in Fund VI and VII cash out of their stakes in the pools. The process also would include a staple of fresh capital into Fund VIII, which has been in market since last year targeting around $2.5 billion, according to a Form D from December.

The process has been in the market for several months, another secondaries source said. A spokesperson for Sun Capital declined to comment.

One challenge in tender processes is price: if the price isn’t high enough, LPs simply won’t choose to sell. A lower price can also look like an indictment of the GP, sources have told Buyouts. Though pricing is also a reflection of the market.

“From the GP perspective, the price should be close to 100 [percent of net asset value], otherwise it’s a bit of an indictment,” says a secondaries buyer. “From the perspective of the buyer, ‘I don’t want to pay 100.’ At 95, it’s fine, but the lower that price gets, the more the GP could be embarrassed to put that out there.”

For pricing, the median high bid across all strategies in the first half was 92 percent of net asset value, according to Greenhill & Co’s first-half volume report. Pricing for buyouts funds fell 9 percent, to 88 percent of NAV in the first half, Greenhill found. Prices have continued to fall throughout the summer and into the fall, sources said.

However, LPs appear to be more willing to sell in the tight liquidity environment. Evercore reported in its first-half volume survey that 77 percent of respondents said they sold in GP-led asset-based deals, up from 64 percent in 2021. While asset deals like single and multi-asset continuation fund processes are different, the numbers show increasing appetite among LPs for liquidity in secondaries.

Sun ran a tender process on Fund VI in 2019, Buyouts previously reported. Whitehorse Liquidity Solutions and HarbourVest Partners had been lined up as buyers on that deal. The outcome of that deal is not clear.