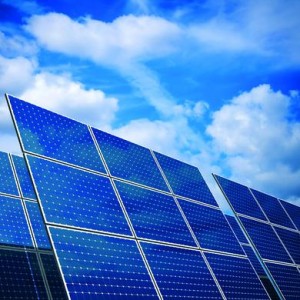 Germany may not be everyone’s first choice for a sunny holiday in Europe but the country has one of the most favourable regulatory regimes for the solar energy market. And on top of that, while other sunnier countries like Spain are dominated by the big energy players, the Germans are happy to attract small-to-medium sized enterprises.

According to German Environment Ministry and the German Solar Industry Association, Germany leads the world rankings when it comes to photovoltaic capacity, with 56% of the global market, followed by Japan with 17%, the US with 8%, while the remaining 19% is shared by the rest of the world.

One of the reasons for this pole position in the solar market is the German Renewable Energy Act (EEG) which provides a feed-in tariff framework that has proved to be attractive to smaller, more entrepreneurial companies operating along the whole supply chain in this renewable energy sub-sector.

With as many as 1600 venture capital firms and private equity houses said to be actively looking at renewable energy investments it is not a shortage of capital that might be a stalling factor in the industry but more the lack of regulatory certainty that makes investments sometimes difficult.

For example, Spain’s renewable energy is supported at the national level as a so-called Special System, defined in the Electric Power Act of 1997 – the most important instrument is a system of feed-in tariffs, and its current feed-in tariff for photovoltaic electricity is 41.4 €cents/KWh for the first 25 years and 33.2 €cents/KWh thereafter.

However, Spain’s system is up for renewal this year and the Government has not indicated whether it will be renewed and what the policy will entail.

Similarly, fresh investments in the solar sector in the US are uncertain for the same reason. The Production Tax Credit and Investment Tax Credit policies are up for renewal but the US Congress in Washington DC is unable to decide just who will pay for these systems. A proposed levy on the oil and gas industries in the US to fund these policies is, not surprisingly, facing strong opposition.

Where there is certain regulatory support, however, the deals are being done. Odersun AG, developer and manufacturer of flexible thin-film CIS solar cells, modules and applications for power plants and building integrated solutions (BiPV), recently secured €61m (US$90m) of funding, including €40m from a Series B financing round and an additional €21m in grants from the federal state of Brandenburg (Germany), to build its second factory called Sun Two.

To achieve its renewable energy goals – 20% by 2020 and 50% by 2050 – and to encourage the development and adoption of renewable energy technologies, Germany is offering a feed-in tariff of 54.5 €cents/KWh for 20 years, reducing 5% per year.

Deals like Odersun and Pythagoras Solar are being announced with increasing regularity. However, large scale private equity interest in the solar sector really took a turn for the better in March when Riverstone Holdings announced it has teamed up with energy company AES Corporation to launch a US$1bn solar fund.

The jointly-owned entity, to be called AES Solar, will seek to become a leading global developer, owner and operator of utility-scale solar installations that will be connected to the power grids that supply homes and businesses.

According to research published by New Energy Finance, installations for solar have increased at an annual rate of 122% from a much smaller base than the wind sector, but it has been very rapid growth.

While costly at present, the market expects an excess of silicon – needed for the photovoltaic cells that capture the sun’s energy – by 2009 and 2010. Extra supply will help to bring down prices.

New Energy Finance states that the current 46 cents per KWh is a premium because of the shortage of silicon. When that shortage unwinds, there will be experience-curve-based cost reductions in the modules, in all the balance of plant and installations.

By 2012 there will be a price of 24 cents per KWh in sunny locations, unsubsidised, and that will be competitive with retail electricity prices at the peak in some of those places.