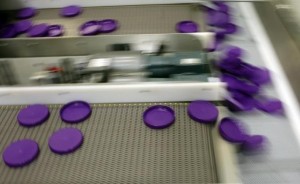 Even though Avintiv’s sale price fell short of some projections, the IPO market remains a rockier alternative at the moment than a quick sale to a strategic buyer, given the volatility that took root this summer in public equities.

Berry Plastics announced plans on July 31 to buy 4,000-employee Avintiv in a deal expected to close by the end of the year.

Blackstone made about 3x its investment on Avintiv, according to a source.

Buyouts reported July 28 Blackstone Group was shopping the company to prospective buyers, with Citigroup advising on the process. The sale of the company was expected to fetch a price of about 10x EBITDA, or $3 billion.

The $2.45 billion price paid by Berry Plastics delivered a purchase price multiple of 8.25x Avintiv’s annualized second-quarter adjusted EBITDA of $297 million, or about 9.4x its 2014 EBITDA of $260 million.

In a dual-track exit strategy deployed regularly by private equity firms, Blackstone Group had already filed an IPO for Avintiv on the New York Stock Exchange in February, right around the time it put the company up for sale. The IPO never got to the stage of setting a proposed price range, which would have put a dollar estimate of Avintiv’s market capitalization.

Blackstone made an initial equity payment of $260 million to acquire Avintiv — formerly known as PGI Specialty Materials — in a deal valued at $326.2 million, back in 2011. Blackstone bought the Charlotte, North Carolina-based company from MatlinPatterson Global Advisors, a distressed specialist.

It’s not clear if Blackstone received any dividend payments after buying Avintiv.

Under CEO Joel Hackney, who joined the company in 2013 after working at Avaya and Nortel Networks, Avintiv expanded globally. Avintiv bought Dounor SAS, a French manufacturer of materials used in hygiene, healthcare and industrial applications. It also acquired Brazil-based Companhia Providencia Industria e Comercio and U.K.-based Fiberweb. Providencia and Fiberweb added about $758 million of revenue. By year-end 2014, Avintiv doubled its revenue to an adjusted $2 billion from $1.2 billion in 2013.

As a manufacture of nonwovens, which are fabric-like materials produced from polypropylene and other resins, Avintiv is a leading player in a $30 billion industry expected to grow by 6.4 percent a year through 2019, according to an industry source cited by the company.

Berry Plastics may have gotten a lower price for Avintiv if the deal was set today, but at least it’s getting some strong growth by adding the company to its war chest.

Now that the stock market has become more volatile, other private equity firms may opt out of the IPO market in favor of sales to other sponsors or strategic rivals.

IPOs remain on the table

The IPO market may be on ice for now, but it will remain a viable option down the road for better exit prices, especially if a company taps into frothiness in some sectors.

Some companies just do better for their sponsors as public entities. The valuation for Leonard Green’s Shake Shack climbed well past any reasonable purchase price multiple by a strategic buyer when it tapped into strong demand for its IPO early this year. Even with shares falling back in the summer, Shake Shack is still trading at more than 2x its IPO price of $21 a share, delivering a strong return for its sponsor.

Hooters of America LLC is hoping for a similar market reaction as it mulls a possible IPO instead of a sale. The Atlanta-based restaurant chain ditched a sale after buyout offers fell below its targeted price of 7x to 7.5x EBITDA, as Buyouts previously reported.

H.I.G. Capital LLC and KarpReilly LLC, which acquired Hooters four years ago, have doubled its EBITDA to more than $65 million, a source said. For now the company is off the selling block, but if the IPO market returns, it may pop up there.